There are things that make some rock songs just that little bit more special than the rest. Maybe it's their popularity, longevity or influence. Maybe it's a combination of all those factors and then some. These great rock songs remind everyone why they love music so much in the first place.

Rolling Stone Magazine periodically updates their long-standing list of the 500 greatest songs of all time, and this is considered by many to be the definitive best song list. Considering their rankings as well as a variety of other sources, here are the rock tracks every music fan needs in her collection: 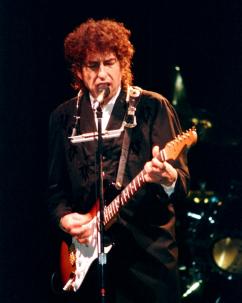 Dylan's epic track is filled with references to 1960s politics and economic realities, but somehow it never seems dated. This is rock music at its best: thought provoking and musically interesting. The original lyrics to the song ran many pages. Dylan had to cut it down to make the song, of course, but he obviously made all the right cuts. Pitchfork Magazine ranked Like a Rolling Stone number four on its list of the 200 greatest songs of the 1960s, and Rolling Stone Magazine honored it with the number one spot on its list of the greatest songs of all time.

Johnny B. Goode by Chuck Berry

One of rock and roll's original smash hits, the riff on Berry's Johnny B. Goode remains one of music's most instantly recognizable. Berry eventually admitted that the song is autobiographical, though most people had long since guessed who the country boy was who could play a guitar just like ringing a bell. Johnny B. Goode won a spot on the Rock and Roll Hall of Fame's list of 500 songs that shaped rock and roll, and a recording of the song was included on the Voyager spacecraft as the foremost representative of rock and roll music. 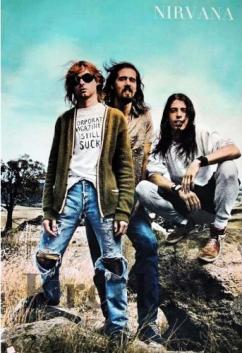 Sometimes one song comes along and changes everything. One of those songs is Smells Like Teen Spirit. When the dark and grungy video appeared on MTV, it was like nothing anyone had seen before. This song effectively started the 1990s, clearing the way for an entirely new music sound and culture. The New Musical Express awarded Smells Like Teen Spirit the number two spot on its list of the 100 greatest singles of all time, and the iconic song was ranked the number one single by Village Voice in its 1991 Pazz & Jop Critics Poll.

Good Vibrations by The Beach Boys

To call Good Vibrations a rock song isn't really fair. The song is constructed more like an orchestral work, and is simply a popular music masterpiece. There's a reason so many musicians consider the music recorded by The Beach Boys during their Pet Sounds sessions some of the best music ever made. The chart performance of Good Vibrations was stellar, reaching number one in both the United States and Great Britain. The song was ranked number 24 by the Recording Industry Association of America and the National Endowment for the Arts on their joint list of the top 365 songs of the 20th century.

Sympathy for the Devil by The Rolling Stones 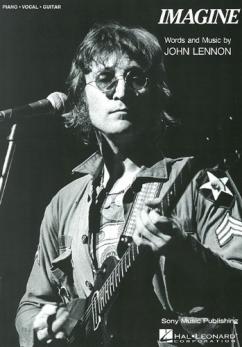 The music plays like a samba, the lyrics read like a French novel, and the song itself had many fans scratching their heads, looking for its meaning. This song from the Stones' landmark Beggar's Banquet album has one of the most recognizable percussion tracks ever. AllMusic calls Sympathy for the Devil one of the Rolling Stones' greatest songs, and the song was honored with the number 32 spot on Rolling Stone Magazine's list of the 500 greatest songs of all time.

Lennon's song of love, peace and acceptance became the calling card of a generation. Some in the U.S. government found Imagine alarming in its anti-capitalist sentiments, but the song is one people return to time and again in times of trouble. Imagine was inducted into the Grammy Hall of Fame, and a poll by the Guinness World Records British Hit Singles Book ranked it the second greatest single of all time. 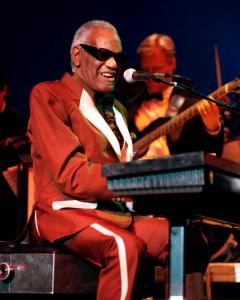 What'd I Say by Ray Charles

This song is a hit that almost wasn't. When released in 1959 reviewers initially panned it, and record stores didn't want to sell it because they thought it was too sexually charged. Atlantic, Charles' label at the time, refused to take any of the records back from the stores. The mood quickly changed about the song. Reviewers started saying it was the greatest record ever made, and it shot to the top of the charts. In 2002, What'd I Say was added to the National Recording Registry.

What's Going On by Marvin Gaye

Marvin Gaye's track is thematically very similar to Lennon's Imagine, and offers political commentary about the same time period. War, peace, race, and violence are all touched on within a pure soul backdrop, making for a truly compelling song and a standout track within a standout catalog. AllMusic refers to What's Going On as "Marvin Gaye's masterpiece," while the Detroit Metro Times placed the song at number one on its list of 100 Greatest Detroit Songs of All Time.

(Sitting On) The Dock of the Bay by Otis Redding

This often-misunderstood track tells the tale of Redding's frustrations in trying to establish himself in the music industry and being pulled in so many different musical directions. His label knew this song was going to be his breakthrough track, but Redding never got to see the song rise to the top of the charts. He died in a plane crash shortly before it was released. The Dock of the Bay is listed in the top ten on Broadcast Music, Inc.'s list of the top 100 songs of the century.

No Woman, No Cry by Bob Marley

One of Marley's most recognizable songs, it is the live version of the track that gets the most attention. Marley wrote the song but gave the songwriting credit to Vincent Ford. Ford ran a soup kitchen in Trenchtown, and the royalties the songwriting credit earned him helped him keep the kitchen alive, which was Marley's intention. The live version of No Woman, No Cry is ranked number 37 on Rolling Stone Magazine's list of the 500 greatest songs of all time. The song constituted Bob Marley's first top ten hit in Great Britain.

The Many Sides of Rock and Roll

Rock music encompasses many different styles, from ballads and inspirational numbers to heavy-hitting hard rock. These classic songs bridge the divides within the rock category to showcase the best of the genre.

2
Comments
© 2006-2020 LoveToKnow, Corp., except where otherwise noted. All Rights Reserved.
Best Rock Songs of All Time