The Voice is a competition-style reality show with an interesting premise. While it might be easy to dismiss it as just another singing competition, The Voice TV show has some unique twists and big names on board that give it an edge over some of the other vocal talent shows.

How The Voice Works

The Voice premiered on April 26, 2011. The show is based on a Dutch program called The Voice of Holland. The purpose of the competition is to find the best singer, regardless of age, appearance, or personal style.

The competition starts off with an audition round followed by a series of elimination rounds. Four finalists are named in the end, with viewers voting for the ultimate winner. Late night talk show host Carson Daly takes on hosting duties, and the show also features four big names in the music business who act as judges, coaches, and team leaders. 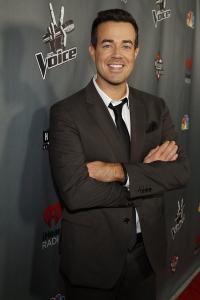 The audition round is known as the Blind Auditions, because the four coaches are unable to see the artists who are performing. The coaches sit in large chairs that are facing away from the stage as contestants audition for the show. This way, those auditioning can only be judged based on how they sound, not how they look.

If a coach likes a contestant based on the audition, he or she buzzes in. The buzzer activates the chair the coach is sitting in, which turns to face the stage. If only one coach claims a contestant, the contestant is added to his or her team. If more than one coach expresses interest in a contestant the power then shifts to the person auditioning. The lucky auditioner gets to choose which team he or she wants to join. The number of contestants on each team varies depending on the format for each season.

After the formation of each of the four teams, The Voice progresses to the first elimination round. The coaches work with their teams to develop their talents and give them tips on stage presence, performance, and confidence. 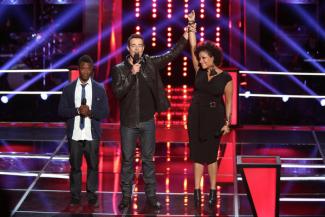 In each Battle Round the coaches select two of their team members to battle against each other in a duet. After the performances the coaches must choose who, from their own teams, will be eliminated. In Season 3 a new twist called the Steal was added to the Battle Round. After a coach eliminates an artist, the other three coaches can buzz in to steal that artist for his or her own team. Each coach is allowed two Steals throughout the Battle Round portion of the show.

The Knockout Round was introduced during The Voice Season 3. This round once again pits team members against each other. Coaches select two of their team members, and the artists themselves choose the song they wish to perform. After the two performances the coach decides who will stay and who will leave. Teams are whittled down fairly quickly in these elimination rounds, and in the end those left standing move on to the live rounds. 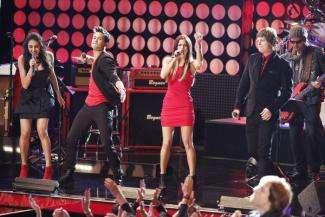 The rest of the show is made up of live rounds, in which each artist performs a song, usually chosen by his or her coach, and then it's up to the viewers to vote for their favorites. After the first live round the two artists on each team with the most viewer votes automatically move on, as well as one more from each team that is saved by his or her coach. Viewers can vote via the show's website by text, or by downloading the live performances on iTunes.

Ultimately, one person from each team ends up in the finals, and the winner is chosen by the viewers. The winner of The Voice gets a recording contract with a major record label.

The coaches on The Voice act as both judges and mentors. For the first half of the show they are responsible for choosing which of their team members will continue in the competition.

Seasons One to Three

For the first three seasons The Voice featured the same four coaches. 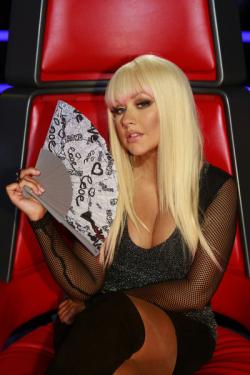 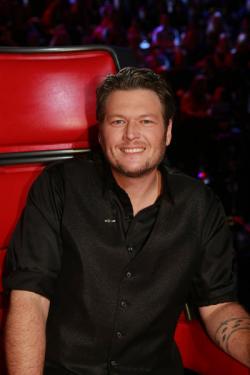 In Season 4, CeeLo Green and Christina Aguilera will take a break from the show, though both have said that they will be returning for future seasons. Along with Blake Shelton and Adam Levine, the panel of coaches for this season include:

Winners of The Voice

The Voice winners are all chosen by the viewers, who get to vote for their favorites after every live performance episode. So far winners have included:

A Talent Show With a Twist

The Voice offers something a bit different from the usual talent-based reality shows. With its emphasis on talent rather than age or appearance, all of the contestants are strong singers when they first appear for an audition. Using coaches rather than judges lets viewers really see how these artists progress throughout the season, and the ultimate winner gets a tangible prize to further his or her musical career.