The North Coast Music Festival (NCMF), which has lit up Chicago every year since 2010, is the brainchild of several independent music promoters who throw a yearly celebration of the music they love. The promoters, including Cold Grums Productions, React Presents, Metronome Chicago, and Silver Wrapper, have produced concerts in genres including EDM (electronic dance music), hip hop, techno, and jam bands, and the festival has developed into a much-anticipated event that draws over 50,000 music fans, affectionally known as Coasties.

The festival is held at Chicago's Union Park, a thirteen-acre municipal recreation area with many green fields. The park is readily accessible, no matter which form of transportation you choose.

While you're not rocking at the festival, you'll need a comfortable place to bunk for the night. Since camping isn't allowed, you'll likely want to stay in a nearby hotel. The NCMF has partnered with area establishments, including the Crowne Plaza, to offer discounted rates. There are a number of other hotels near Union Park from which you can choose. If you're low on funds, you might want to look into local hostels, including HI-Chicago for about $30 per night, Chicago Getaway Hostel for about $20 per night, or IHSP Chicago for around $15 per night.

To buy tickets to the NCMF, keep your eye on their website, especially in spring when line-ups are announced and tickets go on sale. You'll need to purchase your tickets online, then you'll pick up a wristband for entry into the festival at the box office with photo identification. Ticket prices change every year, but you'll want to buy your tickets as early as you can, since prices go up in mid-August. 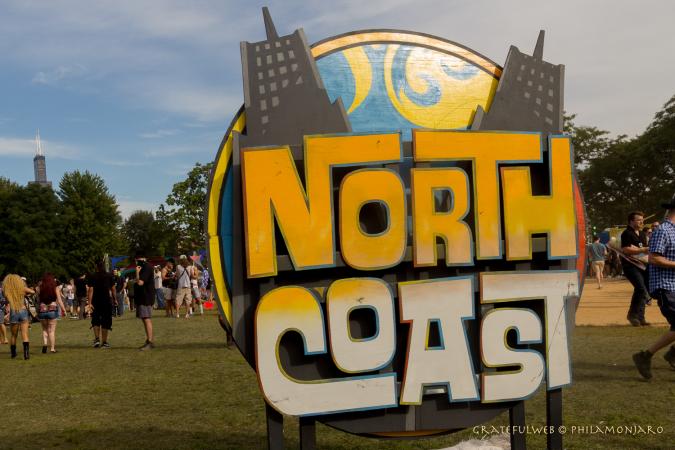 VIP tickets ensure you'll enjoy an extra-special festival experience with perks like express check-in at the gates, special viewing areas during performances, air-conditioned restrooms, and a VIP lounge where you can choose from expanded menus of food and drink. You can purchase three-day VIP passes for around $300, and single-day VIP passes start at around $110. To purchase VIP tickets, you must be at least 21 years old.

The NCMF closes at 10:00 each night, but that doesn't mean the music and fun has to stop. The festival sponsors After Parties that take place in clubs and night spots throughout Chicago, featuring as many as 25 different acts. Tickets to After Parties become available from ClubTix once the specific party line-ups are announced in early August on the festival's website, and ticket prices vary from around $23 to around $48, depending on the act and the venue. Most of the clubs require you be at least 21 to enter.

If you choose, you can rent a locker so you can make your way around the grounds without having to carry as much. A locker will also keep your belongings secure. Your locker will include a cell phone-charging station. You can reserve a locker online before the event or pay cash for a locker when you arrive. 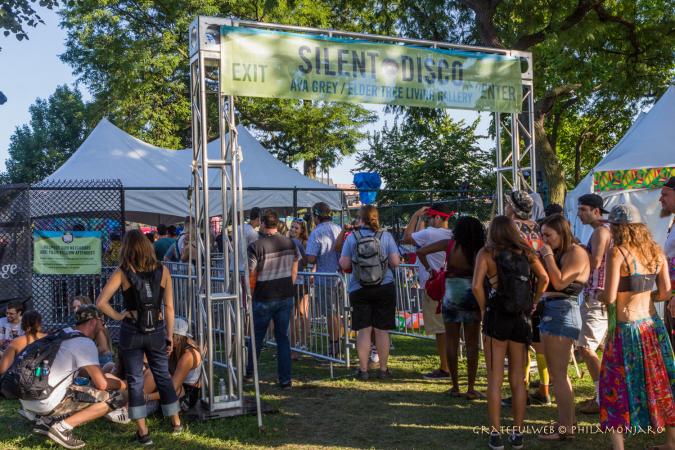 The NCMF features five areas where over eighty artists perform during the three-day weekend. Three of these areas are conventional stages. The Heineken House is a dome structure where you'll find party action hosted by some of Chicago's best known house DJs. If you're a fan of Silent Disco, you're in luck, since the festival has two Silent Disco tents where DJs will spin your favorite music, whether hip hop, EDM, house, or trance, to which you can dance while you wear headphones. Performers over the years have included rapper Snoop Dogg, rock band Widespread Panic, and jam band Umphrey's McGee.

EDM News Chicago, a publication focused on electronic dance music, gave the 2016 NCMF high praise, saying that the event is a favorite on the festival circuit year after year. Hermitude, an EDM and hip hop duo, started off the event on a rip-roaring note by getting the crowd to groove to their funky beats. Headliner ODESZA, a Grammy-nominated EDM duo, made Coasties break out in happy chills with their skillful instrumental work. Keys N Krates, a techno band, shook the ground with their intense drumming, and Zedd, a classically trained electronica artist, brought down the house with his soulful music, complete with lasers and graphics.

According to Downbeats, the 2015 NCMF was a real blast and a festival that should be on every electronic music fan's list. Sweater Beats, an EDM band, mixed rhythm and blues with their dance sound and had the crowd going wild. Techno band Booka Shade ratcheted up the excitement with their unique combination of electronica with a live rock sound. Tycho and Green Velvet brought ambient vibes to the festival, which prolonged the leisurely feel of summer in the minds of the Coasties. The Chemical Brothers, an EDM duo, wound things up in style with a performance that brought to fans' minds Daft Punk's performance at Lollapalooza in 2007.

The Chicago Tribune lauded the 2014 festival for remaining true to its roots as a platform for hip hop, EDM, and jam band music. Headliner Snoop Dogg, appearing as a slightly more mellow persona than in years past, mixed his newer reggae style with his hard-core, classic rap roots. When Future Islands, a jam band, took the stage, its lead singer danced unrestrainedly while performing, delivering his powerful vocals with passion. The DJ acts were hugely popular, with Alesso bringing fog and lasers into his performances. To the delight of all Coasties present, Porn and Chicken featured dancers sporting power tools that emitted eye-catching sparks.

Other Attractions and Activities

Though music is the main attraction, you'll find plenty of things to love about the festival. With its unique activities and attractions, it's a great way to end the summer.

Whether you're non-vegetarian, vegetarian, or vegan, you'll find something to suit your palate and your nutritional needs. If you're on a gluten-free diet, you're also covered. Each year, twenty local vendors offer tasty, diverse fare on the festival grounds. Restaurants located near Union Park include bellyQ, which serves Asian barbecue, La Luce, an Italian bistro, and Kaiser Tiger, which specializes in bacon, sausage, and beer. If you're at least 21 years old, you can also enjoy alcoholic drinks at the festival.

With its appreciation for hip hop music, the NCMF is the perfect place to celebrate street art, and the festival teams up with Chicago art collectives the Elder Tree and Ava Gray Designs for this purpose. In the Living Gallery, you can watch wondrous street art being created before your eyes by renowned painters. The Living Gallery is connected to the Silent Disco, giving you the opportunity to see artists creating visual wonderlands to music spun by top hip hop DJs.

The NCMF sponsors contests by which you can win tickets. The contests riff on various themes to do with the festival, such as music, DJs, and street art.

You'll find a great many reviews of the festival every year since its beginnings in 2010, and opinions have been largely positive. The reviews emphasize the festival's deep roots in Chicago and the city's music and art scenes.