Everybody knows that cheating on a lover is a terrible thing to do, but songs about cheating hold wide appeal among both creators of music and their fans. Infidelity is an emotional topic that inspires musicians across multiple genres to write songs through which they can express themselves.

Country music seems to be the first genre many people think of when they list their favorite songs about cheating. These songs encompass various viewpoints on infidelity.

Whose Bed Have Your Boots Been Under? - Shania Twain

In Whose Bed Have Your Boots Been Under, Shania Twain demands that her lover reveal who he's been cheating on her with or else she will leave him. Written with her now ex-husband Mutt Lange, the song eventually sold 500,000 copies and was certified Gold.

What Have I Done - LeAnn Rimes

What Have I Done, written by LeAnn Rimes about her own experience with an extramarital affair, is a heartfelt and melancholy song in which Rimes plaintively gives voice to her many-layered, complicated feelings about the past.

One of the quintessential classic country songs about cheating, Your Cheatin' Heart is said to have gotten its start when Hank Williams was feeling sad about the loss of his first wife. He considered it to be his best song.

Before He Cheats - Carrie Underwood

The lyrics to Before He Cheats depict a woman taking revenge on her cheating boyfriend by doing serious damage to his SUV and carving her name into its seats. She hopes he'll think long and hard before cheating on her again.

The title of The Thunder Rolls refers to the tumult rolling in the hearts of a couple who are torn apart one stormy and deadly night because of an extramarital affair. The video, although controversial, won the Video of the Year Award from the CMA in 1991.

A number of blues, folk, and rock songs about love gone wrong have survived the test of time, becoming classic tunes.

Hey Hey What Can I Do - Led Zeppelin

Hey Hey What Can I Do describes the plight of a man who is in love with a woman who won't be faithful to him. The song originally appeared as the B-side of Immigrant Song.

Sung to rousing effect by folk band Fairport Convention, Matty Groves is a song with a long history, dating back to the 1600s. Its lyrics describe an illicit affair between Lord Arlen's wife and the servant Matty Groves, both of whom are killed by Lord Arlen when he discovers their tryst.

Back Door Man, popularized by the Doors, is actually a cover of a song originally recorded by Howlin' Wolf, one of the masters of the blues. The song's lyrics describe the activities of a "back door man," that is, a man who is having an affair with a married woman. 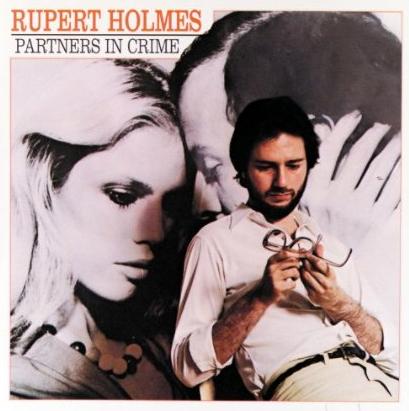 Lyin' Eyes is a song about a young, married woman who sneaks off to visit her young lover. The lyrics describe how she's torn between her love for the young man and her guilt over what she's doing to her older husband. It's said that the song was inspired by a mismatched couple the Eagles saw in Hollywood when they were just starting out as a band.

Escape, also known as the Piña Colada Song, describes a married couple who have grown tired of one another and seek, through personal ads, to escape with new relationships. They answer each other's ads and find out that they have more common ground than they had thought.

It's hard to beat the rhythm and blues genre for smooth and soulful songs about dangerous liaisons.

I Don't Want to Be Right, most popularly sung by Luther Ingram, is about an extramarital affair in which both parties yearn to continue the liaison, even though they know it's the wrong thing to do.

I Heard It Through the Grapevine - Marvin Gaye

I Heard It Through the Grapevine is about a man who is hearing rumors of his partner's infidelity. Marvin Gaye's earnest, melancholy vocal style amps up the emotional impact of the song.

In Part-Time Lover, Stevie Wonder sings about an "undercover" love relationship and the little tricks by which the couple sneak around to see each other. His ex-wife sang backing vocals on the song.

In It's a Wrap, Mary K. Blige sings from the point of view of a woman who has just discovered that her husband is having an affair. She's seen the lipstick and smelled the strange perfume, and the marriage is now a "wrap." In other words, it's over.

Secret Lovers is a song about an extramarital affair between two people who are both married to somebody else. The song, Atlantic Starr's breakthrough hit, describes how the couple knows what they're doing is wrong, but they don't want to let go of each other.

Whether they have hard-driving rhythms or danceable beats, quite a few songs in the pop and rap genres deal with the topic of cheating.

Love the Way You Lie is a song about a couple in a dysfunctional romantic relationship where they experience intense pain and conflict and cheat on each other, yet they feel they can't function when they're apart. The song was inspired by the stormy relationships both Eminem and Rhianna have experienced with past lovers.

In Say My Name, a woman telephones her cheating lover when she suspects he's with another woman. She urges him to say her name out loud and to say "I love you" so the other woman can hear, but he won't do it. All he can do is hem and haw.

The lyrics to Cold Shoulder tell the story, through Adele's soulful voice, of a woman who knows her lover is cheating on her. While his increasingly cold treatment of her causes pain she finds herself returning coldness to him in kind, widening the distance between them.

Cry Me a River - Justin Timberlake

Many people suspect that Justin Timberlake drew inspiration for Cry Me a River from his ill-fated relationship with Britney Spears. The song tells the story of a man who believed the earth revolved around his lover until she dumped him for another man.

Amy Winehouse infused You Know I'm No Good with her signature jazzy style, singing from the point of view of a woman who is chronically unfaithful. She doesn't want to break her lover's heart by straying, but she's warning him that she probably will.

Listening to a masterful musician deliver a powerful song about cheating can be quite cathartic for people who have found themselves in painful and difficult romantic situations. There's truly nothing quite like music to soothe broken hearts.

0
Comments
© 2006-2020 LoveToKnow, Corp., except where otherwise noted. All Rights Reserved.
List of Songs About Cheating