Each year since 1991, the peaceful Northern California town of Quincy has been home to the High Sierra Music Festival (HSMF). Like the mountain town that hosts it, the festival is family-friendly, down-to-earth, and filled with heart. The HSMF is the brainchild of High Sierra Music, an independent Berkeley-based production company. Each year since its inception, the festival has retained its counterculture ambiance of peace, love, and back-to-basics fun for the 10,000 music fans who attend.

Getting to the Festival

A summer festival in both timing and spirit, the HSMF is held each year for four days inclusive of the July 4 weekend on the Plumas-Sierra County Fairgrounds. Festival attendees can enjoy outdoor activities like camping, hiking, swimming, biking, and fishing in addition to reveling in great music. The natural beauty and freshness of the region enhances the festival experience with gorgeous green forests and meadows, clear lakes, and starry skies. To get to Quincy, you have several modes of travel from which you can choose. Once you reach the fairgrounds, you can travel to and from the festival as needed.

Detailed information about tickets is available on the HSMF website in the spring preceding the festival season for the year. Whether you want a one-day pass or a full VIP package, you can buy tickets to the festival online. All ticket sales are handled through Eventbrite when the tickets become available. You'll present your ticket at the box office to receive a wristband, which is required for festival admission.

Not only do you get access to fabulous festival music with general admission tickets, but you also have access to tent camping on the fairgrounds with the multi-day passes. If you want to camp, though, buy your tickets early, since space is limited and on-site camping access is first-come, first-serve. Off-site camping is also available. Ticket prices are approximate since they change each year.

If you buy a multi-day pass, you will also have access to tickets to late-night shows. These cost extra and must be bought separately from your general admission ticket unless you opt for one of the FestivALL VIP Packages. Late-night show tickets run in the neighborhood of $28. 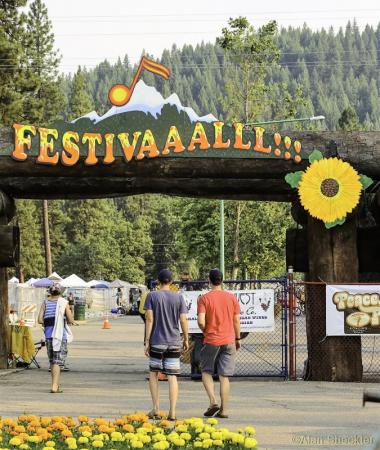 If you want a VIP experience at the festival, you'll definitely be interested in the FestivALL packages. They cost around $800 and include a veritable bounty of VIP perks. You can also purchase a FestivALL with Vehicle package, which costs around $950 and lets you park one vehicle for all four days of the festival, along with the VIP perks.

While multi-day general admission tickets include on-site camping if you purchase tickets while space is available, parking isn't included in the cost of your ticket. If you want to camp off-site, that will also cost extra. Once you've purchased general admission tickets, you might want to buy additional passes that will allow parking access, whether for regular vehicles or for RVs. These passes are all offered on a first-come, first-serve basis.

At the festival, four stages feature fifty different performers, including late-night acts. Throughout the years, the stages have been lit up by luminaries like The Black Crowes, Bela Fleck & the Flecktones, Bruce Hornsby, Ani DiFranco, and My Morning Jacket. The Slip, an indie rock band with jazz and avant garde influences, holds records for the most performances at the festival, and the highest number of consecutive years as performers. The artists at the HSMF represent a tremendous range of progressive and funky music genres, including bluegrass, newgrass, jazz, jam band, roots rock, and afrobeat.

Glide Magazine reports established performers and up-and-coming acts gave standout performances at the 2016 HSMF, which took place from June 30 to July 3. The Accidentals, a newer band, revved up the crowd with their blend of indie rock and progressive bluegrass. Fans soaked up a smooth Americana sound with the Jamestown Revival only to kick up their feet later to the music of JJ Grey & Mofro, which was filled with soul and funk. Grateful Dead fans found much to like in the Chris Robinson Brotherhood, and the Rhythm Council offered festival goers gritty, captivating music with a voodoo vibe. The festival closed with the Animal Liberation Orchestra (ALO), a jam band that shook tents with their heart-thumping sound.

Fest300 describes the 2015 HSMF, held from July 2 to July 5, as having a "carnival vibe." The four days of the festival started out with gentle-spirited music in the morning, moved to improvisation and jamming in the afternoon, and wound up with funky music and plenty of bass in the evening to get people's feet moving. The Marchfourth! Marching Band, a horn ensemble with a serious beat, ramped up the carnival spirit of the festival with their unique brand of big brass funk. Another highlight was the John Butler Trio, whose frontman, John Butler, is described as a "guitar virtuoso." The Trio graced the crowd with an epic, twelve-minute guitar instrumental that got people on their feet despite the day's considerable warmth.

Jambands refers to fans of the HSMF as "lifers," since they keep coming back year after year, not just for the great music but for the transcendent, cathartic experience that reminds them in their hearts who they truly are. At the 2014 festival, which took place from July 3 to July 6, fans danced until 3:45 in the morning to the hard-driving, alternative rock of the Mother Hips. STS9, a psychedelic instrumentalist band, made their debut in Northern California, and their new female bass player injected the band with extra energy. Lauryn Hill, a member of the Fugees, performed on one side of the fairgrounds while Greensky Bluegrass played covers of her band's songs on the other side. 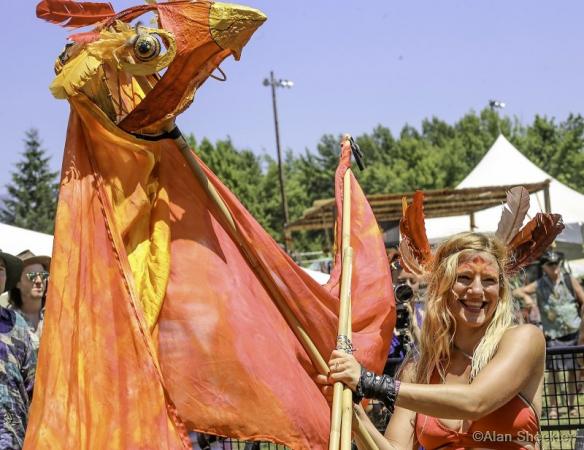 People who attend the festival love the music, but they also revel in other aspects of the experience. The HSMF is celebrated by fans for its laid-back atmosphere and endless supply of enjoyable activities.

When it comes to food and drink, the HSMF has got you covered. Whether you're a non-vegetarian, a vegetarian, or a vegan, you'll find plenty of tasty food to keep you fueled for fun. The festival also offers an excellent selection of refreshing drinks to quench your thirst and enliven your spirits.

Known far and wide for its family friendliness, the HSMF offers a myriad of engaging activities for kids of all ages. Families and children have their own spaces in which to hang out, including the Family Stage where they can participate in stage acts, the Art House where kids can work on art projects, and the Sing-Along Hut where kids can make their own music. In the Village Green, kids can play games. There's also a quiet rest area for families and breastfeeding moms called the Shady Chill Zone. 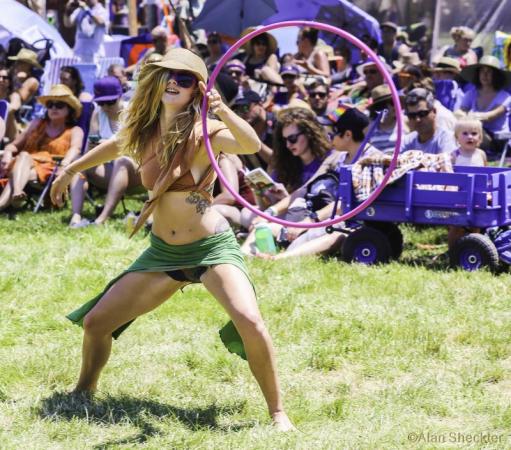 It's impossible to become bored at the HSMF. While experiencing its great sounds, you can also discover plenty of wonderful things to see and do.

You'll find plenty of opinions about the festival, and the vast majority of them are overwhelmingly positive. The reviews share in common the perspective that the HSMF is much more than just a music festival. Rather, it's a way for fellow music fans to get together, have a great time, and rise above the daily grind for four glorious days.

Two of the most cited words in reviews of the HSMf are "blissful" and "magic," which crop up again and again, and for good reason: in a world filled with more and more hype, soundbytes, and commercialization, the HSMF has remained true to its spirit. The festival's quirky atmosphere of intimacy, sharing, caring, and fun captivates the hearts of its fans and keeps them coming back for more, year after year.