Effective movie theme songs encapsulate, in musical form, the stories and moods of beloved films, and in this way they greatly contribute to an audience's enjoyment of the total movie experience. The best theme songs are those that reverberate in the minds of film-goers long after a movie's final credits have rolled.

My Heart Will Go On (Titanic)

My Heart Will Go On, also known as the love theme from Titanic, proved to be every bit as much of a blockbuster as the film whose soundtrack it headlines. With music by James Horner, lyrics by Will Jennings, and a stunning vocal performance by Celine Dion, My Heart Will Go On has become a legend in the years since the release of the movie Titanic in 1997. The tune has wide appeal with a timeless Celtic feel, heart-tugging lyrics, and a soaring, transcendent melody. The song sold a whopping fifteen million copies, won an Oscar and four Grammy Awards, and was ranked number fourteen on the American Film Institute's list of the 100 greatest film songs of all time.

Theme From The Magnificent Seven 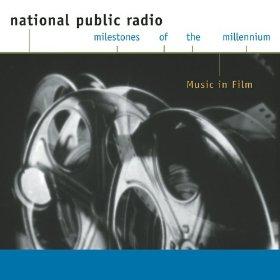 Theme from the Magnificent Seven

The title theme for The Magnificent Seven was composed by Elmer Bernstein in 1960 and is one of the most well-known themes for a Western film ever created. While the soundtrack was not released at the time of the film because movie scores didn't sell well back then, the theme music was used for the Marlboro Cigarette Theme on television, imprinting it on the minds of millions. The music was re-recorded and re-released as a soundtrack package in 1993, with James Sedares conducting the Phoenix Symphony. In 1960, the score from The Magnificent Seven earned an Oscar nomination for Best Scoring of a Dramatic or Comedy Picture as well as a Western Heritage Award. It also earned a spot on The Telegraph's list of the 100 best movie soundtracks with an observation that the theme song has become definitive music for the Western genre. The song evokes a dusty, Western atmosphere, complete with strings, horns, and Mexican-influenced flair. 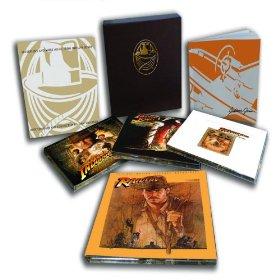 Raiders March, the Indiana Jones theme song, was initially used in the first Indiana Jones film, Raiders of the Lost Ark. This theme song, along with the rest of the soundtrack, was composed by John Williams and released in 1981. Raiders March was written especially for the main character of the film, the adventurous Indiana Jones. The song uses a unique combination of syncopation, trumpets, and a military-style rhythm to get across Indiana Jones' unique personality and feel as a character. In 1982, the soundtrack for Raiders of the Lost Ark won a Grammy Award for Best Album of Original Score Written for a Motion Picture or Television Special.

The theme song from Jaws, the Main Title/First Victim, combines a singularly effective musical rendition of a shark's stealthy approach to create a truly distinctive piece of movie music. The Jaws soundtrack, composed by John Williams and released in 1975, ranks number six on the American Film Institute's list of the 25 greatest movie scores. The Jaws theme song was performed by John Williams conducting his orchestra, and it boasts a unique bumpy rhythm to instill a palpable sense of dread in the listener.

Over the Rainbow (The Wizard of Oz) 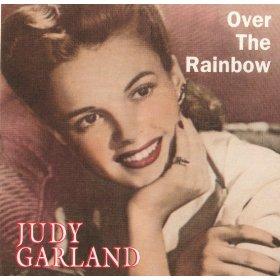 Not only is Over the Rainbow one of the best-loved movie theme songs, but it also stands alone as a favorite tune without the film tie-in. It's listed as number one on the Top 365 Songs of the 20th Century, compiled by the National Endowment for the Arts (NEA) and the Recording Industry Association of America (RIAA). With music by Harold Arlen, lyrics by E.Y. Harburg, and an unforgettable vocal performance by Judy Garland in the film The Wizard of Oz, the song defined the perennial 1939 film, embodying its story and message with poignant lyrics and a sweeping melody and musical arrangement, all of which seem to sweep the listener away to a land of dreams yet to come true. The song also ranks number one on the American Film Institute's list of the 100 greatest film songs.

Written, performed, and produced by rap artist Eminem, Lose Yourself is the theme song and lead single for the movie 8 Mile, released in 2002. The song was celebrated by fans and critics, earning five Grammy nominations for Eminem as well as an Oscar for Best Original Song from a Motion Picture. Lose Yourself also won a spot on NME's list of the 150 best tracks of the past fifteen years and was ranked number 28 on Rolling Stone's list of the 50 greatest hip hop songs. Eminem is at his gritty, explosive best in Lose Yourself which, like the movie 8 Mile, relates the story of his artistic aspirations juxtaposed with his difficult personal life. 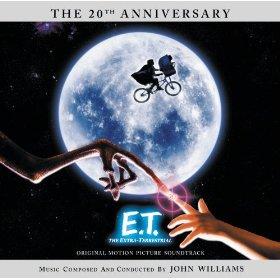 Composed by John Williams and performed with Williams conducting, the orchestrally-driven theme song from E.T. the Extraterrestrial evokes the amazement and mystery of a young boy's discovery of an extraterrestrial life form. The soundtrack, released in 1982 along with the movie, is ranked number fourteen on the American Film Institute's list of the 25 greatest film scores. It won four highly prestigious awards in a full sweep, including a British Academy of Film and Television Arts (BAFTA) Award, an Academy Award, a Golden Globe Award, and a Grammy Award.

Gonna Fly Now, the theme from the film Rocky, was released in 1977 along with the movie, and achieved both critical and fan acclaim. The music was written by Bill Conti and the lyrics penned by Ayn Robbins and Carol Connors. The song, performed by Nelson Pigford and DeEtta Little, topped the Billboard Hot 100 in 1977. The song, which combines a heart-pumping rhythm, an incredibly catchy instrumental melody line, and a simple, earnest chorus, is recognized by Sports Illustrated as one of the best sports movie songs of all time. 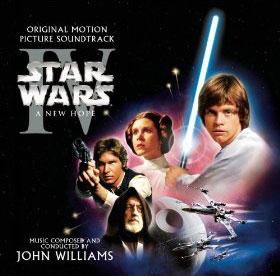 The Star Wars theme song, a majestic and bombastic piece of orchestra music complete with out-of-this-world flourishes, is an iconic and recognizable piece of film music, a distinction that is reflected by the soundtrack's number one position on the American Film Institute's list of the 25 greatest film scores of all time. The original score was composed by John Williams and released in 1977 along with the first Star Wars film, which ushered in subsequent films that were likewise dominated by the main theme. Williams conducted the London Symphony Orchestra for the original release. In 2005, the Star Wars soundtrack was selected for the National Recording Registry maintained by the Library of Congress to recognize and honor its cultural significance.

Circle of Life (The Lion King)

Entertainment Weekly chose Circle of Life, from The Lion King, as the second best theme song from a Disney film (after Beauty and the Beast), and that's quite an honor, considering the immense talent that goes into creating music for blockbuster animated films. The music for Circle of Life was composed by the incomparable Elton John, the lyrics were written by Tim Rice, and a captivating vocal performance was given by Carmen Twillie. The film and its soundtrack were released in 1994. Circle of Life, an irresistible combination of catchy pop sensibilities with African musical influences, hit number eighteen on the Hot 100, and was nominated for an Oscar for Best Original Song.

Outstanding movie theme songs are much more than just background music to a film. When they are expertly composed and performed, they stand the test of time and become emblematic of the film whose flagship they carry, bringing to listeners' minds memories of great movie experiences.