If you love listening to classical music in small, ensemble performances, look no further than the Cape Cod Chamber Music Festival (CCCMF), which has been held annually since 1979 and has been proclaimed a "triumph of quality" by the New York Times. The purpose of the CCCMF is to develop appreciation for chamber music by presenting concerts by world-renowned artists, as well as supporting and encouraging young, emerging artists.

How the Festival Works

Compared to many music festivals whose performances are concentrated into a weekend or a few days in a single location, the CCCMF is decidedly unconventional. It offers four weeks of concerts that are held in venues throughout the Cape Cod region.

The CCCMF typically features thirteen chamber music concerts, with the first concert debuting the final week of July and the bulk of the concerts being held throughout August. The concerts, featuring an impressive array of artists and ensembles, take place on weekdays and are scheduled for 7:30 in the evening.

The concerts that comprise the CCCMF are held in arts centers and churches located in small towns across Cape Cod, a peninsula that extends from southeast Massachusetts into the Atlantic Ocean. The towns that hosted the 2016 CCCMF included Chatham, Provincetown, Cotuit, Orleans, Wellfleet, and Dennis, and several of the venues included Dennis Union Church, the Cotuit Center for the Arts, and Orleans United Methodist Church. You'll find addresses, phone numbers, and maps to each of the various venues on the CCCMF website.

Tickets are available on a per concert basis. If possible, you should purchase your tickets in advance, since the sizes of the venues vary with regard to seating, and tickets to the concert or concerts of your choice might sell out.

Here's another reason to buy CCCMF tickets early: after the last day of June for the year of the upcoming season, ticket prices go up a bit. To get the best possible deal, buy your concert tickets by June 30.

How to Buy Tickets

You have a number of options for purchasing tickets. No matter which method you choose, though, your tickets will be held for you at the box office to pick up when you attend the concert or concerts. You can purchase tickets online, by telephone, or by mail order. If you prefer, you could stop by the CCCMF office in person during business hours, or you can buy tickets at the venue door on the night of any concert.

The festival was created by Samuel Sanders, a collaborative pianist who served as the festival's artistic director for fourteen years. From 1966 to 1999, Sanders accompanied and recorded with renowned violinist Itzhak Perlman. He also worked with a number of other artists like cellist Yo-Yo Ma, opera singer Beverly Sills, and violinist Pinchas Zukerman, as well as frequently performing with string quartets. Sanders' goal in establishing the CCCMF was to bring world-class chamber music to Cape Cod. 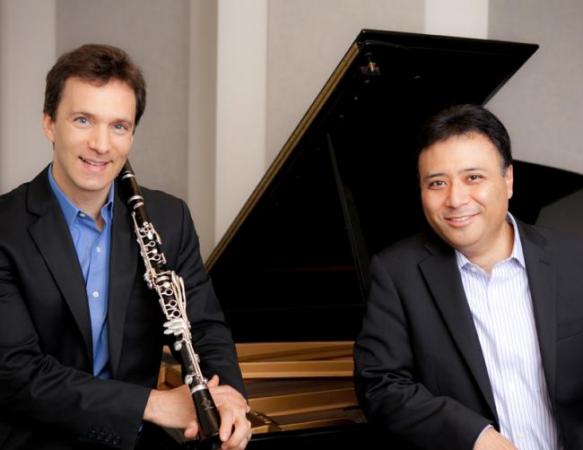 Today's directors continue Samuel Sanders' mission by bringing in well-established musicians along with up-and-coming new talent. The festival's executive director is Elaine Lipton, whose experience with management of nonprofit organizations helps her broaden the festival's outreach to the public. The artistic directors, pianist Jon Nakamatsu and clarinetist Jon Manasse, are musical collaborators who perform regularly for the festival as the Manasse/Nakamatsu Duo. Lipton, Nakamatsu, and Manasse have all been with the CCCMF since 2006.

Nakamatsu has been garnering attention for his brilliant work at the piano since 1997, when he won the Van Cliburn International Piano Competition by playing the notoriously difficult and intricate Rachmaninoff's Piano Concerto No. 3. Since then, he has been a celebrated performer, whether solo, with orchestras, or with chamber music ensembles. He performed at the White House in 1999, and he has released twelve CDs to stellar acclaim.

Manasse graduated from the Juilliard School and was the youngest person ever to win the International Clarinet Society Competition. He's the principal clarinetist for both the Mostly Mozart Festival Orchestra and the American Ballet Theater Orchestra. He has performed widely, both as a solo artist and with his musical partner, Nakamatsu. Manasse has toured all over the world and has released six CDs to rave reviews.

The festival features a month of captivating music, performed by artists with diverse and impressive repertoires. Fans of chamber music are sure to find much to their liking in the concerts that are featured.

A Sampling of Performers

Some of the artists who perform at the CCCMF have played for the festival on a regular basis, while others are up-and-coming young musicians making their festival debuts. All the artists have one thing in common: musical talent and exquisite skill at their instruments, whether woodwinds, strings, piano, or voice.

Concerts presented by the festival have garnered tremendous critical acclaim throughout the years. For fans of chamber music, each concert is a delight, with its own unique mood and ambience.

While the festival has hosted innumerable memorable concerts throughout the years, there have been special performances of particular import to the festival. Whether they celebrate the festival itself or its milestones, these concerts continue to serve well the festival's stated mission: to develop people's love and appreciation for chamber music and bring it to a wider audience.

Over the decades since its inception, the Cape Cod Chamber Music Festival has become a deeply rooted and well-loved musical tradition. Given the talent, passion, and dedication of everyone involved with the festival, there can be no doubt that the tradition will continue for the benefit and enjoyment of current and future generations.