The far-reaching category of electronic dance music has spawned countless sub-genres, including house, jungle, and techno. One of the most popular genres in recent years has been dubstep music and many skilled artists have put out several great dubstep tracks.

A genre increasingly popular among youth and young adults, dubstep is also becoming increasingly varied in its approach and sound. The top dubstep songs reflect this growing range. 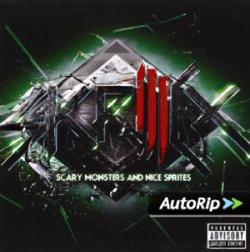 Few electronic dance music artists have gained the same level of fame as Skrillex. Scary Monsters and Nice Sprites is the hit single from the identically named album of 2010, which won the Grammy Award for Best Dance Recording. It features the characteristic distortion and warping sounds of Skrillex along with a repeating electronic melody. For a much darker song, First Of The Year (Equinox) is also incredibly popular and has a very powerful, albeit somewhat disturbing, music video.

Described by Spin as a "game changer," Skream's Midnight Request Line from 2005 was named by the magazine as the greatest dubstep song of all time. The editors applaud its simple progressive melody and its "lightly floating major-chord chime," underpinned by a bass line that adds depth and complexity to a track with an almost supernatural mystery about it.

Going even further back in the early history of dubstep, 2003's The Judgement by Benga and Skream helped to define the genre for years to come. The song's bass has much more of a percussive feel to it than the more electronic nature of contemporary dubstep, but Benga and Skream do incorporate a distorted electronic track that carries the melody through most of it. It is decidedly darker in atmosphere than Midnight Request Line. 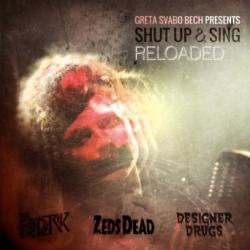 Performed by Zeds Dead with Greta Svabo Bech, Shut Up & Sing V2.0 was named as the top dubstep song of 2013 by electronic dance music authority site The Untz. The track builds up a sense of mystery with its melodic intro and the "haunting vocals" of Greta Svabo Bech before "unleashing a menacing and nostalgic drop."

Released in 2014 by Martin Garrix, Animals (Victor Niglio & Martin Garrix Festival Trap Remix) starts with a faster tempo and energy than most would expect from dubstep, but the track slows down and gets a very heavy sub-bass with a higher "knocking" rhythm after the drop. The higher energy makes it a great song for parties and clubs. TrackItDown.net lists this trap remix of Animals as one of its top dubstep tracks and it features a solid 5-star rating. 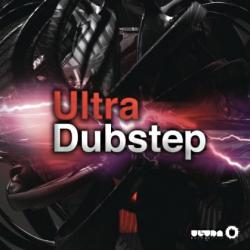 Promises (Skrillex Remix) is based on the original track by Nero from 2011. The lyrics of the song describe a protagonist who feels "so wild" and "so high" by her lover, but the promises of the lover to never leave her side "feel so wasted on myself." The first verse and chorus are pop-like and vocal-driven in their presentation, but the signature Skrillex distorted "wub-wub" dubstep sound hits hard after the drop.

Deadmau5 is a hugely popular artist, but he is not normally associated with the genre of dubstep. That changed with 2010's Raise Your Weapon, a song that starts out as progressive house with vocals by Greta Svabo Bech, but it switches to a fine example of dubstep around the halfway mark. Will Hermes of Rolling Stone magazine calls Raise Your Weapon the "masterstroke" of the album with its "sick dubstep beat."

There are several key characteristics that help to differentiate dubstep from other forms of electronic music.

Not all songs in the dubstep genre will incorporate all of these elements, just as songs in other genres don't necessarily adhere to their typical characteristics, but these form the foundation of what dubstep is.

Wait for the Drop

While personal musical preferences will vary wildly, many of the most popular and best dubstep songs among mainstream listeners are characterized by two big features. First, the initial melody sets the tone, but the sense of build-up to the drop is what really provides a great sense of anticipation to the song. Then the sub-bass-heavy and oftentimes distorted portion of the track after the drop fills the listener with an energy that is wonderfully unexpected, even when he or she knows it's coming. Before passing a verdict on any dubstep song by any artist, be sure to wait until after the drop. That's when the magic truly happens.