Music lovers who have Android smartphones or tablet computers can choose from numerous top-quality apps to download MP3s straight to their devices. When you search online for the best of these apps, you'll find several that consistently pop up on lists of the best. No matter what genres you might prefer, you're sure to find a reliable app that will let you access the music you love.

If you love to download music, chances are good that you've heard of SoundCloud, a popular app which Digital Trends calls a "rabid community" of bands, musicians, and fans. SoundCloud has the added appeal of featuring numerous independent artists in addition to chart-toppers. Andy Tips ranks SoundCloud number one on its Top 30 Free Music Downloader Apps For Android list. The free version has ads, and the paid versions are ad-free. The paid versions include SoundCloud Go at around $5 per month and SoundCloud Go+ at around $10 per month.

When you download SoundCloud, you'll have access to over 120 million music tracks. SoundCloud Go+ lets you access 150 million tracks. Both paid versions let you listen to your downloads offline. As you use the app, it familiarizes itself with your tastes and offers suggestions through which you can discover new music. Genres range from hip hop to classical, from jazz to EDM (electronic dance music), and you'll even find podcasts. With SoundCloud, you can either download music or stream it. Many of the downloads are free, but not all. For some free downloads from indie artists, you might have to like a Facebook page.

On Google Play, SoundCloud enjoys a ranking of 4.5 stars on the basis of over 3.3 million reviews. These are dominated by five star reviews, which gush about the variety of music available from passionate indie artists and professional artists signed with big labels. Enthusiasts also love how the app helps users find amazing new tunes. If you want a downloader app that maximizes music discoverability, then SoundCloud might be the right one for you.

If you're a fan of Bollywood music, you'll love Wynk Music, an app that features Hindi and other kinds of Indian music. Wynk also offers music from celebrated artists all over the world. Get Android Stuff places Wynk Music at number six on its list of the fifteen best Android music downloader apps. Stemjar gives Wynk Music a high rating in its review and claims the app is a worthy contender in the digital music market.

Wynk offers three million tracks, which are a mix of celebrated Hindi, Punjabi, Tamil, and Telegu artists and internationally famous artists like Justin Bieber, Ed Sheeran, and Rihanna. You'll find a great many songs that have been featured in Bollywood films. Wynk will also let you make playlists. You can either download or stream the music, and you can choose from a free version of the app or a paid subscription. Available for around $2 per month, the paid subscription is ad-free and gives you unlimited downloads.

Wynk has an overall rating of 4.2 stars based on over 630,000 reviews on Google Play. Five star reviews are predominant, and users praise the app for its superb sound quality. The technical support for the app is impressive as well, since users who post critical reviews or reviews that pose questions get quick attention, concern, and assistance. 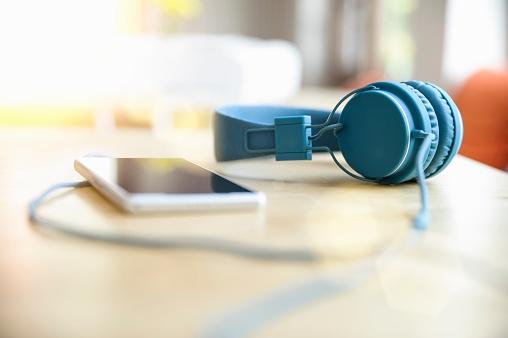 Android Crush lists 4Shared Music, a file-sharing site, as number one on its Best Free Music Downloader Apps for Android list. Android Apps Review praises 4Shared for its ease of use and the vast quantity of music available. With 4Shared Music, you can share the tunes you love with family and friends. Be aware that users aren't allowed to upload copyrighted music, but independent labels and artists can choose 4Shared as a platform to share their music and win new fans.

4Shared Music has a simple user interface with a pre-installed player that will let you play the music you download right on your device. You can also stream all the music you like. With 4Shared's intuitive search function, you can perform effective searches for genres and artists you love. The app's file-sharing capabilities allow you to share your musical discoveries easily.

With an overall ranking of 4.4 stars based on nearly 5.5 million reviews on Google Play, you can see that 4Shared Music is a popular app. 4Shared wins high praise for ease of use and the huge amount of music available for download. In their reviews, users also say that it's easy to discover great new music on 4Shared because of its emphasis on file-sharing. The app is also praised for its excellent preview function.

Google Play Music is included on multiple lists of the best apps for downloading music, including Android Authority's list of the ten best free music apps for Android. The Balance gives kudos to Google Play Music for its high level of functionality. The app comes in both a free version and a paid version. With a paid subscription to Google Play Music, your listening experience will be ad-free, and you'll get access to more tracks.

Google Play Music has millions of tracks available for download. If you subscribe to the paid version, which costs $10 per month, you can upload up to 50,000 songs from your own personal library, making Google Play Music the perfect way to listen to a mix of your own music and new music that you discover. You can rely on Google Play Music's smart recommendations, based on the music you already enjoy, to find great new tunes. The app also lets you listen while you're offline to music you have downloaded.

Google Play Music has an overall ranking of 3.9 stars based on over 3.2 million reviews. Users praise the high quality of the sound files and the attractiveness of the user interface. People also like how, in the paid version of the app, they can upload their own music files. Google Play gets kudos for its flexibility, such as a song-skipping function and playlists that you can rearrange. 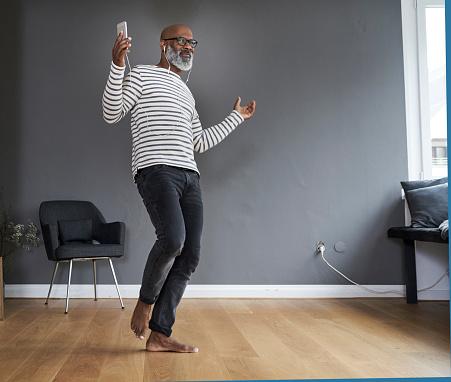 You'll love Supercloud's simple user interface. With its easy-to-use search function, you can find music by searching artists, genres, album titles, or song titles. Even though Supercloud isn't available on Google Play, you can download an APK file onto your Android device, giving you access to a large library of music. Supercloud lets you preview a sample of a given tune to make sure you like the quality of the audio. While you're listening to a song, the app will display cover art that corresponds to the album.

Supercloud has an overall ranking of 4 stars on Uptodown. You can also download the app on Aptoide, where it has a ranking of 3.6 stars. Users praise Supercloud for its functionality and for doing its job well. Amino Apps calls Supercloud the best MP3 download app for Android devices because of the sheer variety of songs available for download.

Spotify comes in at the number two slot on Andy Tips' list of the top 30 music downloader apps for Android. Andy Tips refers to Spotify as the "YouTube of Audio" because of the tremendous variety of music available for streaming and download, and TechRadar gives the app a five star review, calling Spotify a "brilliant and comprehensive service."

You can readily see how much music lovers enjoy Spotify, with its overall ranking of 4.6 stars based on feedback from over 10.2 million users on Google Play. In their favorable reviews, people point to the huge variety of music available through the app, saying that you can easily find music for any occasion or mood. People also like how the app creates smart playlists, which are based on your music tastes. The app is also lauded for its intuitive interface and blazing fast speed.

Great Music at Your Fingertips

Music lovers have never had it so good. With smartphones, tablets, and top-notch apps that run on these platforms, you can download high-quality music in large quantities, in any genre you wish. It has never been easier to procure all the good music you could want, in portable, accessible formats to enjoy, whether you're on the go or taking it easy at home.