England tends to get credit for being the rock music gold mine on their side of the Atlantic, but Irish music groups deserve some credit of their own. The small island nation has launched some of rock's biggest names, whose eclectic sounds have influenced many an aspiring musician.

Here are just a few Irish music groups that helped put the country on the map:

Thin Lizzy were arguably Ireland's first international rock stars. The group formed in Dublin in 1969 and soon gained a rabid following of music fans who embraced their blend of hard rock and Celtic influences. During the course of their career, Thin Lizzy became known for their genre-bending styles. They dabbled in everything from hard rock to glam rock to metal to traditional Irish music. The band was also culturally significant in Ireland, as it included multiracial members and representatives from both sides of the Catholic-Protestant divide.

On the back of hits like The Boys are Back in Town, Thin Lizzy thrived throughout the 1970s, when a series of split-ups and reunions took their toll. The original lineup was gone for good when vocalist Phil Lynott died in 1986, though the band sometimes tours with a new singer.

Between 1977 and 1985, the Boomtown Rats were Ireland's premier contribution to the punk rock movement. Formed in Dublin by then-music journalist Bob Geldof, the band had a string of hits in Ireland, the U.K., and the U.S.A. They were the first Irish band to have a number one hit on the U.K. charts, Lookin' After No. 1.

The Boomtown Rats eventually split over a disagreement about continuing to go in a rock direction or embracing a reggae-influenced sound. In later years Geldof's charity work overshadowed the reputation of the band, but their influence lives on in punk and ska bands. 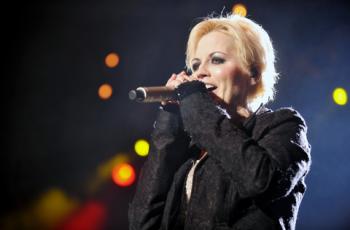 Dolores O'Riordan of The Cranberries

Led by the diminutive Dolores O'Riordan, this Limerick-based indie rock band stormed the mainstream charts in the 1990s with hits like Linger and Dream. The Cranberries were one of the top-selling acts of the 1990s and topped charts across the globe.

Towards the end of the 1990s the band fell out of favor, and by 2004 they were officially on hiatus. The Cranberries re-formed in the late 2000s and continue to tour on the festival circuit. In 2012 they released a new album, Roses.

Technically The Pogues formed in North London, but they are a distinctly Irish rock band. Founding member Shane MacGowan is an icon of Irish music, and he put his stamp all over the Pogues' sound. Their music is punk rock by definition, but the band performs it using traditional Irish instruments. MacGowan left the band in the 1990s to deal with his alcohol and drug addictions, but the band went on without him until finally breaking up in 1996.

The Pogues re-formed with MacGowan back at the helm in 2001. From that time they toured regularly, spending St. Patrick's Day in New York and touring Ireland and the U.K. each December. In 2011 they toured the U.S. for what could be the last time and gave indications that they wanted to slow down their touring schedule overall. 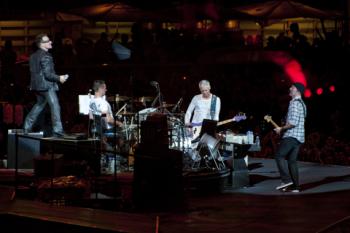 What discussion of Irish bands would be complete without U2? Formed in Dublin in the early 1980s, U2 wowed the world with their 1982 debut Boy, and 22 Grammys and 12 albums later, they are one of the top-selling bands of all time.

U2 continues to tour and release new music, and increasingly, they have become known for their political activism as well as for their sound.

One of the most world famous of Irish bands, Clannad has been going strong since 1970, creating music that crosses boundaries into folk rock, pop, and New Age. They are widely recognized as a top band that brought Irish music to a worldwide audience, even singing some of their songs in Irish.

Their signature musical style has provided inspiration for generations of Celtic-influenced artists from Loreena McKennitt to Riverdance. Clannad released Landmarks, their most recent studio album, in 1997, but in the years since, the band has continued to tour and to make public appearances.

Since their beginnings in 1994, Snow Patrol has gone on to become a critically-acclaimed and successful Irish alternative rock band. Breakthrough success came for Snow Patrol in 2003 and in the years since they have been wowing fans and critics with their loud yet pensive rock style, selling over ten million albums around the world and winning five Meteor Ireland Music Awards. 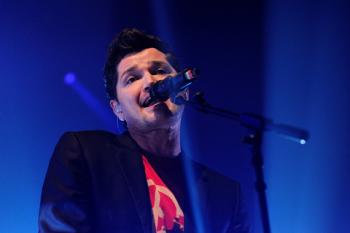 Danny O'Donoghue of The Script

Pop rock band The Script has been making music since 2001, and they broke through to worldwide success in 2008. Sometimes described as an Irish boy band, The Script has had their music featured on celebrated television shows like The Vampire Diaries and EastEnders.

All three of their albums have charted high in the U.S.A., the U.K., and Ireland, and each album debuted at number one in their home country. The Script have embarked on two world tours to support their albums.

If you've got a thirst for Irish rock, check out these acts:

A Brief History of Irish Rock

Like the rest of the world, Ireland caught rock fever in the 1950s and 1960s. While bands in the U.K. were forming to create original tunes, early Irish rock bands were referred to as showbands. These showbands featured groups of musicians who traveled around the country entertaining audiences with covers of British and American rock hits as well as dance routines. Some of these showbands featured musicians who would go on to become major Irish stars, including Van Morrison and Rory Gallagher.

By the early 1970s, showbands took a backseat to bands performing original songs. Ireland was at the forefront of the burgeoning punk scene during the mid-1970s, and when U2 hit the scene in the early 80s, Ireland's status as a rock music force to be reckoned with was confirmed.

Irish bands have been strongly innovative in numerous rock subgenres, including alternative, punk, folk, and pop. This diversity of talent will undoubtedly ensure that Irish rock bands will continue to influence the development of modern music for many years into the future.