Gospel music was largely born from the oral tradition of the American South, predominantly among the African American community. Many gospel music artists have emerged throughout the 20th and into the 21st century, appealing to audiences across a growing range of demographics.

The top gospel music artists are just as popular as their counterparts in more mainstream music genres like pop or rock and roll, achieving celebrity status with hit songs that reach audiences across the country and around the world.

Yolanda Adams has many awards to her credit including seven NAACP Image Awards. Born and raised in Houston, Adams burst onto the mainstream scene with the 1999 release of Mountain High... Valley Low with Elektra Records. Many key figures helped in producing the album including Jimmy Jam, Terry Lewis, James Wright, and Keith Thomas. These producers had previously worked with more mainstream artists like Janet Jackson, Mariah Carey, Brandy and Boyz II Men. Some of Yolanda's top tracks include Open My Heart and Yeah from the Mountain High... Valley Low album, as well as Be Blessed from the Day by Day album.

As with many other gospel stars, Tasha Cobbs got her start by leading her church congregation into worship. Her father was a pastor, contributing to her strong Christian roots, and she herself is also a minister. Tasha's music career got its start in Atlanta, before launching her professional solo singing career with Smile in 2010 under her own Tasha Cobb Ministries label. She followed this up with her second album, Grace, in 2013 with EMI. The hit single from that album, Break Every Chain, has a near perfect rating on Rapzilla.com with over 200 votes from her supportive fans. Other great songs from Grace include For Your Glory and Love You Forever. 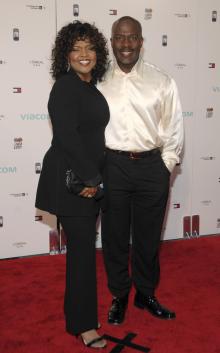 No conversation of American gospel music would be complete without mentioning the brother and sister duo of BeBe and CeCe Winans. Benjamin and Priscilla hardly ever use their real first names, known best as simply BeBe and CeCe. They were born into a family of ten children, many of whom have gospel music careers of their own. Although BeBe and CeCe Winans got their start with the PTL Singers, it was with their self-titled album release in 1987 that they gained far more mainstream appeal. Winning many awards along the way, the duo were among the first African American gospel artists to be featured heavily on contemporary Christian music radio stations in the United States. Some of their most notable singles featured on The Best of BeBe & CeCe Winans album include I.O.U. Me, Count It All Joy and I'll Take You There.

Adding a much more urban edge to his style of gospel music, Kirk Franklin currently has his career as a solo artist, but he is perhaps better known for leading a number of urban contemporary gospel choirs. This started with the self-titled Kirk Franklin and The Family, which went on to top the Billboard top gospel albums list for a number of weeks in 1993 and into the first two months of 1994. Franklin has earned many accolades including 16 GMA Dove Awards, 39 Stellar Awards, and nine Grammy Awards. Some highlights from 2012's collection The Essential Kirk Franklin 2-CD set include Stomp, Now Beholds The Lamb and Why We Sing. 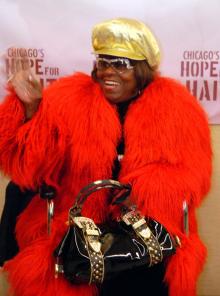 "Undisputedly recognized as a pioneer of Gospel music," Doctor Albertina Walker had a tremendous singing career that spanned some 55 years and involved more than 60 albums in all. A multiple award winner, Walker was born in Chicago and sang in the West Point Baptist Church youth choir from an early age, joining other Gospel groups before embarking on her own professional career with music group The Caravans. Some of her best known tracks from The Best of Albertina Walker include Don't Let Nobody Turn You Around, Joy Will Come and When God Dips His Love in My Heart. 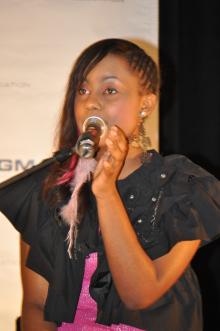 A gospel music star for the new generation, Jamie Grace was born in 1991 in Atlanta. She was discovered via her YouTube channel where she would post videos of her songs on the Internet. This led to the commercial release of the single Hold Me on the debut EP One Song at a Time in 2011 with Gotee Records, which landed her a nomination for Best Contemporary Christian Music Song at the 2012 Grammy Awards. You Lead was another popular song from from that album. A rising star with a unique style that combines hip hop and folk elements, Jamie Grace has since released her second studio album in Ready to Fly with hit track Beautiful Day.

According to the official bio page on her website, Anita Wilson "joins the rich musical heritage known as the Chicago Sound, while simultaneously heralding a new style in today's gospel music." This new style combines traditional gospel with influences from R&B, jazz and pop. Wilson's debut album Worship Soul -- featuring songs Speechless, More of You and Jesus Will -- landed her three 2013 Stellar Award nominations including Urban Contemporary Single or Performance, Contemporary Female of the Year, and Praise & Worship CD of the Year.

Hezekiah Walker is a notable gospel music singer in his own right with multiple awards and many popular songs like Every Praise, Trust Him and I Feel Your Spirit, but his influence in the Christian community extends much farther as he is also the active Pastor and Bishop of the Love Fellowship Tabernacle. Through that organization, he works at "helping people and winning souls for the Lord Jesus Christ." He is also the leader of the associated Love Fellowship Choir and he hosts the Afternoon Praise radio show on 1190 WLIB in New York City. 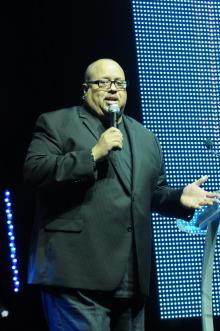 A vocalist, bassist, producer, and songwriter, Fred Hammond has had a very active gospel career since getting his professional start in the mid 1980s with gospel group Commissioned. He also played bass guitar for The Winans, which consisted of the older siblings of BeBe and CeCe Winans. One of his most acclaimed albums to date was Purpose By Design, released in 2001. With this album, Hammond won three awards at the 16th Annual Stellar Awards: Male Vocalist of the Year, Producer of the Year, and Contemporary Male Vocalist of the Year. It also won the 2001 GMA Dove Award for Contemporary Gospel Album of the Year. Some of his top tracks include Awesome God, Glory to Glory to Glory, and Here in Our Praise.

Just as there are many other sub-genres of Christian music, the scope of gospel music continues to grow and expand with each passing generation. More traditional artists like Albertina Walker and Yolanda Adams have paved the way for younger stars like Jamie Grace who are bringing their own unique take on the gospel music genre. Both critics and the public are singing their praises and the inspirational power of gospel will continue to shine well into the 21st century.