One of the most beloved bands of the 1980s, The Bangles - Susanna Hoffs, Debbi Peterson and Vicki Peterson, respectively - took some time out of their busy touring schedule to speak with LoveToKnow.

Backstage with The Bangles

A mellow tune fills the intimate area backstage as Vicki Peterson strums her guitar. It's a balmy summer evening in Fairfax, Virginia, where The Bangles are performing a show at the annual Celebrate Fairfax! festival. Her sister, drummer Debbi Peterson, stands beside her as guitarist Susanna Hoffs applies hand lotion. It's all very friendly, very comfortable and very much a normal day in "Bangleonia."

The Bangles are the band that made it perfectly acceptable to Walk Like an Egyptian and lament the insanity of a Manic Monday. They enjoyed immense success throughout the 1980s, displaying colorfully harmonious vocals and a knack for kicky, jangly guitars, driving drumbeats and soothing harmonies. Paired with a certain brash, saucy quality that, until then, was not wholly associated with 80s rock music, The Bangles staged something of a revolution with their unique sound.

In 1989, they disbanded and embarked on various personal and professional endeavors, from marriage and motherhood to solo projects and collaborations with other bands. The band reunited with great exaltation in the late '90s, and, as fate would have it, their hiatus helped more than hindered, providing them plenty of lyrical fodder for crafting their new music. 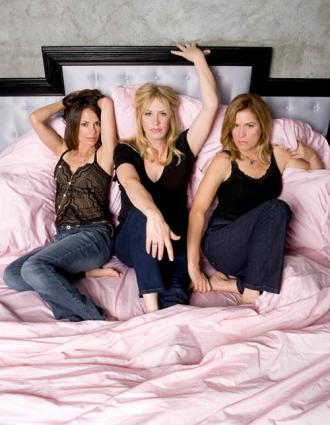 "New" was certainly a hot topic of the night, what with The Bangles scheduled to release the follow-up to their 2002 album, Doll Revolution. "We're looking at a September (13th) release," Vicki says. Entitled Sweetheart of the Sun, it will include the new fan favorite Anna Lee (Sweetheart of the Sun). Penned by all three members, the song exudes a vibe that, they all agree, sounds very much like a vintage Bangles song, combined with more than a hint of free-spirited, 60s charm.

"The album is very summery and carefree," Susanna says, "and the '60s sound has always inspired us. Anna Lee is really inspired by that time, kind of centered around this commune of ladies of Topanga Canyon, Laurel Canyon…Joni Mitchell, Carole King, Toni Stern. Anna Lee is that quintessential woman who embodied strength and confidence, who everyone admired and loved."

According to Vicki, old-school fans of the band will no doubt be pleased with the new album. "We really went back to our roots. It has a very organic sound," she says. "There's a little bit of everything there, from the folk inspiration to strong harmonies…there are mandolins…there's rock and roll!"

This eclectic mix - a rich mélange of folk, rock and '60s influence - rendered more than a few instant classics in the band's heyday. The brilliance seeped into the actual lyrics, too, some of which were occasionally derived from the most unexpected places. Discussing "Dover Beach," a tune from the 1984 album All Over the Place, Vicki says, "There's actually a poem called Dover Beach by a writer named Matthew Arnold, which we saw in the Oxford Book of English Verse when we were writing our lyrics."

While that lyrical prowess remains a strong suit today, some things have changed over the years. "Oh, yeah, they have," Vicki agrees. "With (former bassist) Michael Steele leaving the band, all of us getting married, having kids, taking time to do our own things…we just really have a much greater perspective now than we did then."

Asked how things differ on stage, the band members laugh and jokingly comment that they "know our physical limitations." Speaking of their actual performances, Debbi says, "We sometimes change some of the songs a little bit to keep them interesting. We'll do a medley or add verses from another song. We also tour much less now, since, of course, we all have families."

While many new artists spread the word via Facebook, YouTube and the like, The Bangles' roots, says Susanna, are very humble. "We literally got started in my garage. We're an actual garage band from Los Angeles, and we paid our dues, played small clubs...we really had to work our way up. And we had a lot of fun!"

The Gurls on Stage

Decades later, they proved they still know how to have a good time. The band took to the Fairfax stage with authority, opening with their rendition of the Simon and Garfunkel classic Hazy Shade of Winter. The rock-heavy tune set the tone for the rest of the show, a showcase of silky harmonies floated above the gritty guitar arrangements and strong beats for which the band is so revered.

From early tracks like He's Got a Secret and Going Down to Liverpool to If She Knew What She Wants and September Gurls, the band's execution of their early hits was crisp and flawless. Each member shone, spotlighting their strong voices - Debbi's rich notes, Susanna's dulcet tones and Vicki's bluesy vocals - and instrumental expertise to perfection.

One particular highlight was Get the Girl, a crowd-pleasing song recorded in 1998 for the soundtrack to Austin Powers: The Spy Who Shagged Me. The ladies deftly worked a couple of verses of The Turtles' Outside Chance into the mix; they spoke enthusiastically of this medley, saying it was one of their favorites. They closed, of course, with the classic "Walk Like an Egyptian," a song those unfamiliar with The Bangles will likely recognize best. The whole experience - the familiar faces, the classic sound, the upbeat vibe - was a bit like reuniting with old friends.

With such a lengthy musical catalog to their credit, it proves difficult for the band to choose a favorite to perform. Going Down to Liverpool, Debbi muses, sharing her enthusiasm for stepping out from behind the drums to play guitar and sing lead vocals, while Vicki and Susanna agree that In Your Room, one of the band's more provocative tunes, is "always fun," says Susanna.

Fans can expect to hear these, and many more, when the band goes on tour in support of the new album. Displaying the moxie and authenticity of truly seasoned musicians, The Bangles are in their element - and back where they belong.

For tour dates, news updates and much more, visit The Bangles official website.

Comments
© 2006-2021 LoveToKnow, Corp., except where otherwise noted. All Rights Reserved.
Interview with The Bangles