The Johnny Cash biography is the story of one of modern music's most influential and beloved icons. It would be difficult to overstate Cash's influence on not just country music but on all genres. He struggled throughout his life, but his powerful words and music have earned him the title of "philosopher-prince" of country music.

Born on February 26, 1932, in Kingsland, Arkansas, Cash actually grew up with the name J.R. His parents could not agree on a name they both liked, so decided to only give him initials. Cash spent much of his childhood working on his family's farm, which was twice flooded. His parents experienced significant economic hardship throughout his childhood, and these circumstances would forever shape Cash's music.

In 1951, Cash joined the Air Force. The military refused to accept the initials as his name, so he adopted the name "John." While in basic training in Texas, he met Vivian Lombardo, who would become his first wife. The Air Force sent Cash to Germany. While there, he stayed in touch with Vivian, who he married on his return to the US.

Shortly after getting married, Cash and Lombardo moved to Memphis, Tennessee. Cash worked as a salesman but was focused on trying to break into the music business. He auditioned at Memphis' famed Sun Studios but was initially rejected by Sun Records owner Sam Phillips. Cash went home, wrote some new material, and went back to the studios, this time wowing Phillips.

Sun began releasing Cash recordings in 1955, and he quickly built up a following. In fact, Cash was Sun's best selling artist, but he wasn't happy with being signed to such a small label. He landed a deal with Columbia Records.

Peak Career and The Carter Family

By the start of the 1960s, Cash's career was taking off in a major way. It was during this time he started touring with The Carter Family, a move that would change his life in many ways. He developed a close relationship with June Carter that eventually broke up his marriage to Lombardo, who divorced him in 1966.

The 1960s was the peak of Cash's career. He had a long string of hits and was winning awards for his music. He also became heavily involved in drugs during this time. Several arrests helped earn him an outlaw image. At one point, in 1965, his truck caught fire, which in turn sparked a forest fire in Los Padres National Forest. Over 500 acres were destroyed and 40 endangered condors were killed. The federal government sued Cash and eventually received over $80,000 from him. To date (2010), he is the only person to ever have been the target of a government lawsuit for a forest fire.

Cash's abuse of amphetamines and barbiturates threatened to derail his music career and nearly cost him his life on more than one occasion. Cash credited Sherriff Ralph Jones, of Walker County, Georgia, with causing him to turn his life around. Cash was arrested in Walker County, but the sheriff let him go after spending several hours talking to him about life. After the experience, the Carter Family came to spend one month in Cash's home to help him beat drugs cold turkey.

After getting sober, Cash proposed to longtime close friend June Carter during a live performance of their hit song Jackson in 1968. She had long promised to marry him when he kicked his drug habit. The two married a week later and stayed together until Cash's death.

By the 1970s, Cash was a bona fide superstar. He was the host of his own weekly television show, which showcased established country stars as well as rising talent. During this time, he also helped boost the careers of Bob Dylan, Kris Kristofferson, Kenny Rogers, Waylon Jennings and many more.

It was also during the 70s that Cash earned his "Man in Black" nickname. He said he wore the color black to protest social and economic conditions in the US.

In the 1980s, Cash appeared on several TV shows, including Little House on the Prairie and the TV Civil War drama North and South. He also formed The Highwaymen with Willie Nelson, Kris Kristofferson and Waylon Jennings. The group released two successful albums.

In the late 80s, Cash parted ways with Columbia Records, somewhat acrimoniously. After he left the label, his career went through a period of rejuvenation. He was approached by famed hip hop producer Rick Ruben and recorded an album called American Recordings. This album, which featured traditional country influences as well as rock and punk, introduced Cash to a new generation and was an enormous hit.

Cash remained popular with a younger audience until this death in 2003. 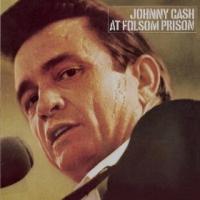 In 1997, Cash was diagnosed with Shy-Drager Syndrome. This rare form of Parkinson's disease caused him to cut way back on his touring. He also developed neuropathy associated with his diabetes.

In May, 2003, June Carter Cash passed away. Four months later, Cash died from complications associated with his diabetes.