The Jay-Z biography is not only the story of one of the best selling musicians in history (he holds the record for most number ones for a solo artist on the Billboard charts) but also one of music's most successful businessmen.

Jay-Z's empire reaches far beyond the world of songs. He co-owns the NBA's New Jersey Nets, owns the popular Rocawear clothing line and 40/40 Club, and is the former CEO of legendary hip hop label Def Jam.

Born Shawn Corey Carter on December 4, 1969, Jay-Z grew up in the Marcy Houses project in the Bedford-Stuyvesant neighborhood of Brooklyn with his mother, Gloria Carter and siblings. Carter had an early brush with the law when, at age 12, he shot his brother in the shoulder after he stole his jewelry.

Carter's high school years were spent going to school with students who would grow up to be rap royalty, including Notorious B.I.G. and Busta Rhymes. Carter left school before graduating, however, and began to focus on music. In his music, he also claims to have gotten involved in selling drugs during this time.

It was also during this period that Carter adopted the name Jay-Z. He performed briefly as Jazzy but settled eventually on Jay-Z, a name he took from the J/Z subway line that services the Marcy Houses projects.

Carter's early career is marked by guest appearances on other artists' work. He worked extensively with Big Daddy Kane in the late 80s and early 90s and also won several rap battles against LL Cool J during this period. By 1995, he was appearing with artists like DMX and Ja Rule and had self-released a debut single called I Can't Get With That. Still, a record deal eluded him, so eventually, he decided to take matters into his own hands.

In 1996, Carter decided that instead of seeking a record label deal, he would start his own label. After making a distribution agreement with Priority, Carter launched Roc-a-Fella Records and released his debut album, the landmark Reasonable Doubt. The album featured guest appearances by a who's who of mid-90s hip hop stars and though it only sold moderately well, most importantly, the album won Carter critical acclaim. It would go on to reach platinum status several times over. 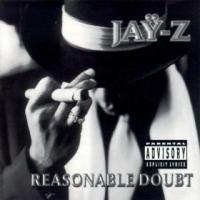 Reasonable Doubt helped Carter land the deal he was always looking for, and so after striking an agreement with Def Jam, he released In My Lifetime Vol 1. The album was produced by P. Diddy (then Puffy) and exposed the struggle both Carter and Puffy were having dealing with the recent death of their close mutual friend Notorious B.I.G. Many long-time fans snubbed their nose at the record, feeling it was too slick-sounding, but it sold well and won rave reviews.

Carter's third album, Vol 2…Hard Knock Life, marked his real breakthrough to the mainstream. The single Hard Knock Life (Ghetto Anthem) was a smash hit, and the album remains Carter's most successful release to date. It has sold over five million copies in the US alone.

Although that release has been Carter's most successful, all of his subsequent albums throughout the 2000s sold hundreds of thousands of copies. However, during this time, Carter worked on building his reputation as more than a musician. He first continued to establish himself as someone who not only can make good music, but also recognize talent in other musicians and producers. He helped build names like The Neptunes, Swizz Beatz, Just Blaze and Kanye West.

Carter also launched his fashion line and nightclub during this period. The 40/40 Club was started in New York but eventually expanded to Atlantic City, Chicago and Las Vegas. Future 40/40 locations include Singapore and Tokyo. Carter purchased a share in the New Jersey Nets basketball team in the mid-2000s and worked to facilitate the team's planned relocation to Brooklyn. By 2010, Carter's net worth was an estimated $450 million.

After four years of dating, Carter married singer Beyonce in 2008. The couple were initially coy about their marriage but eventually confirmed that they had indeed wed.

Want to stay up on all of the latest developments in the Jay-Z biography? Visit his official website for the most recent news.