When you're going through the end of a romantic relationship, it's hard to imagine anything more cathartic than listening to great breakup songs. Outstanding music artists have the power through their music and lyrics to express difficult and painful emotions, providing comfort and solace to people who are experiencing heartbreak.

The following songs about breaking up have become iconic mostly because listeners can relate to their lyrics. Each one tells a story of heartbreak and lost love.

I Fall to Pieces by Patsy Cline 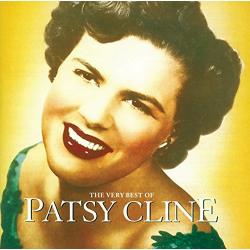 I Fall To Pieces by Patsy Cline

I Fall to Pieces combines a catchy tune, an upbeat tempo, and Patsy Cline's sad-yet-dignified vocal delivery to create what is now regarded as a country music standard. The song's lyrics speak to anyone who has ever had her heart broken by the end of a relationship and sees her lover out in public, behaving with indifference and urging her to go on with her life, which cuts her heart up even more. I Fall to Pieces won the number seven spot on Country Music Television's list of the 100 Greatest Songs in Country Music, and it ranked number 107 on a list of the top 365 songs of the twentieth century, compiled by the Recording Industry Association of America and the National Endowment for the Arts.

Total Eclipse of the Heart by Bonnie Tyler

Bonnie Tyler's mega hit Total Eclipse of the Heart reached number one on the Billboard Hot 100 and stayed there for an incredible four weeks straight. It also reached the number one spot on charts in the United Kingdom. The single sold a stunning nine million copies worldwide. The song offers an irresistible combination of elements comprised of Bonnie Tyler's rich, throaty voice, a simple yet hauntingly beautiful piano accompaniment, and wring-your-heart-out lyrics that masterfully evoke the singular pain of losing a lover. Interestingly, Total Eclipse of the Heart was voted the number one song in the United Kingdom that people enjoy singing in the shower.

I Will Survive by Gloria Gaynor

I Will Survive, a disco classic that hails toughness and resilience in the wake of heartbreak, was the winner of the 1980 Grammy Award for Best Disco Recording, the only award for disco to be given by the National Academy of Recording Arts and Sciences. The song hit number one on the Billboard Hot 100 and was ranked number one on VH1's list of the Greatest Dance Songs. The enduring appeal of the song lies not only in its intensely danceable beat but also in its empowering lyrics, which tell the story of a woman who learns to survive and thrive after her lover dumps her. When the guy returns, wanting her back, she gleefully tells him to take a hike, that she no longer wants him around.

Love the Way You Lie by Eminem featuring Rihanna 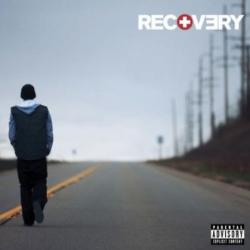 Love the Way You Lie by Eminem

Love the Way You Lie describes a toxic, dysfunctional relationship in which the couple is caught in a series of breakups and reunions, and their downward spiral just gets bleaker and bleaker. The couple is mutually hooked on a dangerous brew of love and hate. The song's lyrics send a strong message about the devastation that can be wrought by the turmoil of a doomed relationship. Love the Way You Lie is especially powerful delivered by Eminem and Rihanna, considering that both of them have real life experience with tumultuous and difficult relationships. The song won a stellar array of awards for Eminem, including a People's Choice Award for Favorite Song, a Billboard award for Best Rap Song, and a Soul Train award for Hip-Hop Song of the Year.

I Heard It Through the Grapevine by Marvin Gaye

In 1998, Marvin Gaye's classic rhythm and blues song I Heard It Through the Grapevine was inducted into the Grammy Hall of Fame for its contributions to music and culture. The legendary song also reached the number one spot on the Billboard Hot 100 and Hot R & B Singles. In the 50th anniversary publication of Billboard Magazine, I Heard It Through the Grapevine was ranked at number 65 on its list of the greatest songs ever. In his honey-smooth voice, Marvin Gaye sings about the pain of discovering, through the grapevine no less, that his lover has taken up with another man, and he's devastated both by the loss of the relationship and by his former lover's dishonesty.

Tangled Up in Blue by Bob Dylan

The Telegraph has high praise for Bob Dylan's Tangled Up In Blue and lauds it as having a "dazzling lyric" that's filled with "painfully desperate longing." Time Magazine ranks Tangled Up in Blue number four on its list of Bob Dylan's ten best songs, praises it for its "vivid imagery," and points out that Dylan wrote the song while he was dealing with his own divorce. The song paints a picture of a couple who have journeyed, both literally and figuratively, through many years together. It examines the circumstances of their romance from the day they met and bonded over poetry to the day their love "froze up." Rolling Stone Magazine honored Tangled Up in Blue with the number 68 spot on its list of the 500 Greatest Songs of All Time.

Always On My Mind by Willie Nelson 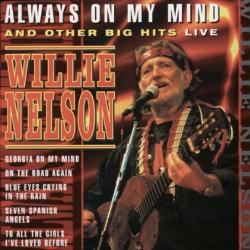 Always on My Mind by Willie Nelson

In Always On My Mind, Willie Nelson gives an emotional vocal delivery as he delivers lyrics asking his former lover for another chance, telling her that even though he made mistakes in the relationship, she was always first in his mind and heart. The song speaks to the regret many people feel at the end of a romance, when they go over and over in their minds what they could have said or done to give the relationship a happy outcome instead of a sad ending. Always On My Mind was a crossover hit, peaking at number one on the country charts and reaching number five on the Billboard Hot 100. It earned three Grammy Awards for Willie Nelson, including Best Male Country Vocal Performance, Best Country Song, and Song of the Year.

Tracks of My Tears by Smokey Robinson

Tracks of My Tears describes a guy who's putting up a happy front after the breakup of a romantic relationship, laughing on the outside while crying on the inside. He wants his former lover to know, though, that he's still in love with her and that she will always, in his heart, be his "permanent one." The lyrics examine how difficult it can be to let go of attachment to a relationship, even after it has clearly run its course. Tracks of My Tears has received a prodigious number of accolades throughout the years, including an induction into the Grammy Hall of Fame, earning a spot on Mojo Magazine's Ten Best Songs of All Time, and being preserved by the Library of Congress to the National Recording Registry.

I Can't Make You Love Me by Bonnie Raitt 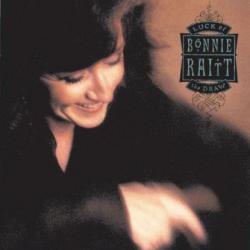 I Can't Make You Love Me by Bonnie Raitt

I Can't Make You Love Me is a stark, melancholy song about the end of a romantic relationship. The song's lyrics describe a woman who is aware that her relationship is coming to an end because her man is no longer in love with her. She's experiencing just one more night with him before having to deal, the next day, with what's to come: the inevitable separation. Raitt sings the song in a gentle, understated manner that makes the heartbreak described by the lyrics even more real, hard-hitting, and poignant. I Can't Make You Love came in as number 339 on Rolling Stone Magazine's list of the 500 Greatest Songs.

I Will Always Love You by Whitney Houston

Written by Dolly Parton, I Will Always Love You reached stratospheric new heights when it was recorded by Whitney Houston in 1992 for the soundtrack to The Bodyguard. The song became a true international sensation, reaching the number one spot on charts in nearly every country in the world and spending a mind-blowing fourteen weeks at the top of the Billboard Hot 100. It sold twelve million copies all over the world, making it the best-selling single by a female artist. Houston does a masterful job singing I Will Always Love You, making her listeners feel every nuance of her emotions as she expresses her sincere well wishes to her beloved at the end of their relationship, and most importantly letting him know that she will never stop loving him.

Music as Balm for Broken Hearts

Maybe you were the one who instigated the breakup, or maybe you were on the receiving end. The decision to end the relationship could have been mutual, or perhaps you're still involved in a relationship which you know just cannot work out. Regardless of the circumstances, there's nothing quite like music, especially top-notch breakup songs, to soothe and heal a broken heart.