The best Christmas songs are those that continue to be chosen throughout the years for enjoyment by individuals and for holiday gatherings and celebrations both public and private. Christmas music is available in a number of genres. Songs that rank as the best in each genre have endeared themselves to numerous people, generation after generation.

Religious Christmas songs are those that celebrate the reason for the season, the birth of Jesus. 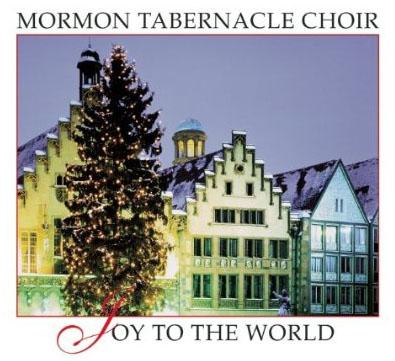 Joy to the World album with Silent Night, sung by the Mormon Tabernacle Choir

Since its composition in a little Austrian church, Silent Night has become one of the best loved Christmas carols of all time. Its melody was composed in 1818 by Franz Gruber, the church organist, to accompany words that had been written as a poem two years before by Father Joseph Mohr, the young assistant priest. The song was originally written and performed on guitar since the organ was in disrepair at the time. In 2011, UNESCO declared Silent Night an Intangible Cultural Heritage. Digital Dream Door ranks Silent Night highest of all the religious songs that are listed on its 100 Greatest Traditional Christmas Songs.

Away in a Manger by J. E. Clark

Nobody knows for sure who composed Away in a Manger. Over the years some people have come to believe that the song was written by Martin Luther, the leader of the Protestant Reformation. This claim, however, has been shown to be false. The song first appeared in 1885 in a Lutheran Sunday school book that had been put together to commemorate Luther's 400th birthday. The song was attributed to a J.E. Clark. Away in a Manger gets top billing in HuffPost Religion's 15 Best Christmas Carols and Hymns of All Time.

Traditional Christmas music is comprised of secular songs which bespeak the joy of the season among friends and family, and which have become holiday classics.

Irving Berlin wrote White Christmas, and one account of how the song came to be written has Berlin telling his secretary to get her pen and prepare to take down the greatest song anybody had ever written. Throughout the years, millions of music fans have concurred. Bing Crosby performed the song for Christmas in 1941 for his show Kraft Music Hall. A recording of White Christmas soon followed and in 1942 the song topped the Billboard charts for an astounding eleven weeks. The song is number one on Digital Dream Door's list of the 100 Greatest Christmas Songs.

It is difficult to contemplate the Christmas season without thinking of The Christmas Song. Written by Mel Tormé in 1945, the song was first recorded by Nat "King" Cole in 1946. While many covers of The Christmas Song followed, recorded by a variety of artists throughout the years, Cole's version remains the gold standard. It sits at the top spot of a list of the 25 Most Performed Christmas Songs, as compiled by the American Society of Composers, Authors, and Publishers (ASCAP).

The holidays would not be complete without a helping of funny Christmas songs, which celebrate the humorous side of the season.

Tommie Connor wrote I Saw Mommy Kissing Santa Claus, and in 1952, the song was recorded by Jimmy Boyd, who was only 13 years old at the time. During the first week after its release, the song sold an astonishing two million copies and skyrocketed to the top of the Billboard Hot 100. The Archdiocese of Boston tried to ban the song, but after a meeting with young Jimmy Boyd, who explained the connection of the song to mistletoe, the Archdiocese relented. I Saw Mommy Kissing Santa Claus is ranked number four on Digital Dream Door's list of the 100 Greatest Christmas Songs.

Grandma Got Run Over By a Reindeer by Randy Brooks

Written by Randy Brooks in 1979, Grandma Got Run Over By a Reindeer became an instant smash hit. The song has sold somewhere in the neighborhood of 40 million copies since it was first released. Bluegrass-singing husband and wife team Elmo and Patsy Shropshire were the first artists to record the song. The newly-pressed single soon found its way to a San Francisco disc jockey, and the song has been riding high ever since.

Since the most joyous celebrants of Christmas are often children, their well-loved songs deserve a category of their own. 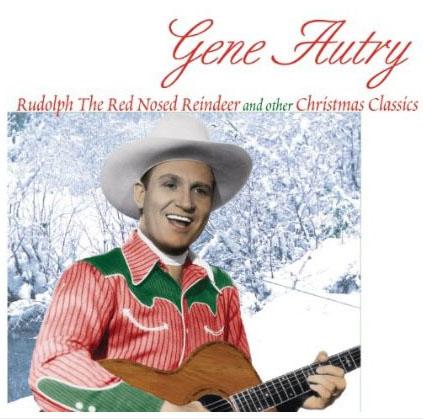 Based on Montgomery Ward's story of Rudolph the Red Nosed Reindeer, the song of the same name was written in 1939 by Johnny Marks. A singer named Harry Brannon recorded the first version of the song for radio, but the version that really captured the affection of the public was the one recorded by Gene Autry in 1949. Its popularity endures to this day, having given rise to a treasured piece of contemporary Christmas folklore. The song ranks number three on Digital Dream Door's list of the 100 Greatest Christmas Songs.

The Chipmunk Song by Ross Bagdasarian

The Chipmunk Song was written in 1958 by Ross Bagdasarian for his fictitious band of singing chipmunks, Alvin, Simon, and Theodore. Not only did the song reach number one on the Billboard Hot 100, but it also won a total of three Grammy Awards, one for Best Children's Recording, one for Best Comedy Performance, and one for Best Engineered Record. Not bad for a group of chipmunks!

These contemporary Christmas songs have captured the popular imagination and are well on their way to becoming classics.

Paul McCartney's song Wonderful Christmastime, written and released in 1979, has proven to be a song that stands the test of time, becoming a staple of the season in the minds of many people. McCartney not only wrote the song and sang it, but he also produced the recording and played all the instruments that are heard, so the royalties likely amount to quite a nice yearly Christmas sum for him. The song appears on Rolling Stone Magazine's Reader's Poll for the Best Christmas Songs of All Time.

Fairytale of New York by The Pogues

Fairytale of New York was written and released in 1987 by the Pogues, a Celtic rock and punk band from Ireland. It quickly topped the chart in Ireland and reached number two on the U.K. Chart. Fairytale of New York is bittersweet song with melodious and stirring music whose lyrics recount the musings of a couple dogged by addiction and alcoholism. The song won the top spot on a Favorite Christmas Song poll that was conducted by VH1, and it also sits at number one on Metro's list of the Top Ten Christmas Songs, Ever.

The Test of Time

Any list of the top ten Christmas songs is highly subjective, but everyone can certainly agree that some songs have that extra special factor that makes them stand the test of time. No matter how many years and Christmases might pass, these songs are remembered for their ability to bring people together, touching their hearts and sometimes their funny bones.