The Clash, an iconic British punk rock band, enjoyed their heyday in the 1970s and the 1980s, but their revelatory sound and passionate ideals left a lasting mark. For their music, the band drew extensively on numerous influences, including rockabilly, dance, soul, and reggae. They became a musical sensation in both the United Kingdom and the United States.

History of The Clash

Formed in 1976, The Clash was one of the first movers and shakers in punk music history. Drawing on their own musical influences, the band did a great deal to spearhead the punk genre and launch it to the eyes and ears of the public, where it gained many passionate devotees. The Clash infused their music with passionate ideology in which they condemned injustice perpetuated against the working class and demanded social change.

Formation of the Band

In 1974, Joe Strummer, who would become lead vocalist for The Clash, played in a pub-rock band which he called the 101ers. Around the same time, Mick Jones, who would become lead guitarist for The Clash, was active with a punk group known as London SS. Strummer was impressed with the sound of London SS and left the 101ers to play with them. Paul Simonon was inspired to learn how to play bass guitar when he heard the band perform. After Strummer and Simonon were brought aboard, Mick Jones renamed the new group The Clash since the word "clash" seemed to dominate newspaper headlines.

The Clash was made up of four main members: Joe Strummer, Mick Jones, Paul Simonon and Topper Headon. Terry Chimes and Keith Levine also played with the band, as well. The success of the band can be attributed to the incredible chemistry of the band members and how they complemented one another so well.

The Clash only released six albums during the decade they were active, from 1976 to 1986. Sonically, they set a high standard with their musical skill and adventurousness, and lyrically, they were politically progressive and revolutionary. The band became a force to be reckoned with, defining the punk rock genre and influencing countless bands that would follow.

The band released their self-titled debut album in 1977 in the United Kingdom where it won instant acclaim, hitting number twelve on the charts. Though The Clash was the top-selling import album in the United States, CBS executives did not think it was radio friendly, so it wasn't officially released in the U.S. until 1979. Four of the songs from the U.K. album were removed from the American version and replaced with singles.

Released in the U.K. in 1978, Give 'Em Enough Rope offered more fierce punk music with lyrics that spoke stridently to current events. The album debuted at number two on the U.K. charts. It was also the first The Clash album to be released in the United States where it reached number 128 on the Billboard 200 chart. Topper Headon, the drummer who stuck with the band the longest, made his debut on this album, lending his jazz influence and further enriching the band's sound. 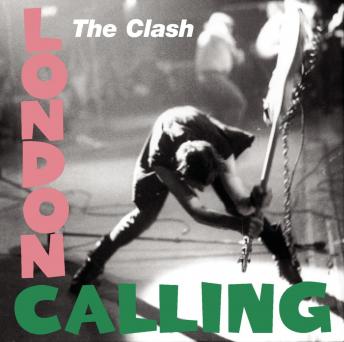 Widely considered The Clash's breakthrough album, London Calling features, on its cover, a shot of Paul Simonon smashing his bass guitar onstage at the Palladium in New York City. The band found a new studio to record the album, but they found themselves faced with writer's block. To overcome it, they experimented with even more varied musical influences, including hard rock, reggae, funk, and New Orleans rhythm and blues, and they wound up with enough material for a double album. London Calling cracked the top ten in the U.K. and peaked at number 27 in the U.S. on the Billboard 200.

Sandinista!, released in late 1980, was a triple album filled with music that the Clash recorded in a fever pitch of creativity that lasted all day and all night for three weeks straight. The band had reached a point in their development and confidence where they were able to pull from more and more diverse musical influences, including rap, hip-hop, folk, calypso, and disco. The result was an album that was a veritable sonic buffet. The band wanted the album priced as low as possible so their fans wouldn't have a problem affording it. 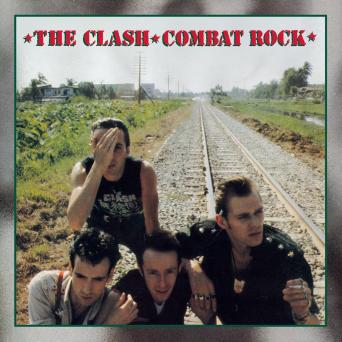 After their epic triple-album Sandinista!, the Clash tightened their focus for Combat Rock, which was released in 1982 and became their bestselling record in the United States. The album shot up to number seven on the Billboard 200, and one of its singles, Rock the Casbah, cracked the top ten on the Billboard Hot 100. While Combat Rock isn't as sprawling as Sandinista!, the album retains the former record's post-punk, adventurous style. Sadly, though, it would be the last Clash album to feature the core lineup of Strummer, Jones, Simonon, and Headon.

The enormous success of The Clash led to tension between Joe Strummer and Mick Jones, and Jones was fired from the band in 1983. Cut the Crap was released in 1985, after both Jones and Headon were gone. Guitarists Vince White and Nick Sheppard and drummer Pete Howard came aboard to replace Jones and Headon and help record the new album. Despite praise for one of the singles, This is England, Cut the Crap lacked the adventurous, ambitious feel of the previous albums, and The Clash fell apart in 1986.

The Clash wrote, recorded, and performed a number of truly unforgettable songs, each with a strong, resounding message. In their heyday, the band, never content to be confined in narrow categories, always strove to push the envelope, both sonically and lyrically.

White Riot was The Clash's first single from their self-titled debut album. The song packs a punch at just under two minutes long with its three chord pattern that's played with speed, fire, and fury. The catchy melody hooks you right in. The song has its roots in the rioting that took place at the Notting Hill Carnival in 1976. Strummer and Simonon sympathized with the Jamaicans who were lashing out against oppression, and White Riot is a call to disenfranchised young white people to stand up against oppression, as well. In 2005, Q Magazine ranked the song number 34 on its list of the 100 greatest guitar tracks.

Tommy Gun, one of the singles from The Clash's 1978 album Give 'Em Enough Rope, was born when Joe Strummer thought about how terrorists and killers probably enjoy reading news of the atrocities they commit. The song is like a full-blown sonic attack with drums that sound like machine guns blaring over aggressive guitar power chords. The lyrics condemn violence and the never-ending revenge ethos of "kill or be killed." Tommy Gun peaked at number 19 on the U.K. Singles Chart.

Subtitled Stand by Me, Train in Vain, from the 1979 album London Calling, scored The Clash their first top 40 hit in the United States when the song reached number 23 on the Billboard Hot 100. The song is a love song, which sets it apart from most of The Clash's politically charged work. It sports a chugging rhythm that brings to mind a train, and with its country and western influence, it has shades of Tammy Wynette's song Stand By Your Man.

London Calling, from the Clash's 1979 album of the same name, hit number eleven on the U.K. Singles Chart and over the years, it has become one of the band's most beloved songs. Rolling Stone ranks the song at number fifteen on their list of the 500 greatest songs of all time, calling it a powerful "SOS from the heart of darkness." London Calling is also included on the Rock and Roll Hall of Fame's list of 500 songs that shaped rock and roll. Accompanied by sharp, jagged guitar riffs, the lyrics describe disasters whether factual or imaginary, from the accident at Three Mile Island to a nightmare scenario of the Thames River flooding and overwhelming London with water.

The Call Up was the first single released from The Clash's 1980 album Sandinista!, and it's a five-minute tour de force in which the band's diverse musical influences are on proud display. Interspersed within the song, you'll hear military cadences and marching beats over which is layered a chorus with a decidedly reggae vibe. The guitar work on the song has clear elements of rhythm and blues and soul. It's a sonic buffet, all wrapped up in one song. The lyrics protest war, specifically the draft, saying there's more to life than going off to fight battles for those in power.

Most of The Clash's songs were co-written by Joe Strummer and Mick Jones, but the music for Rock the Casbah, from the band's 1982 album Combat Rock, was penned by drummer Topper Headon. Strummer already had snippets of lyrics he wanted to use with a song, and when he fleshed them out, Rock the Casbah was born. The song has a catchy melody with an irresistible hook and a driving beat. The lyrics describe a fantastical scenario whereby an Arabian king has banned rock and roll, but the people listen to it and dance to it, anyway. The song was a huge hit in the U.S., reaching number eight on the Billboard Hot 100.

Should I Stay or Should I Go

Also from Combat Rock, Should I Stay or Should I Go was a smash hit in the U.K., reaching number one on the pop charts. Should I Stay or Should I Go is a straight-up rock song that features a captivating blues chord progression and backing vocals that are sung in Spanish by Strummer, giving it a fun, rollicking vibe that contrasts with the melancholy lyrics. Since Mick Jones was dismissed from the band soon after the release of Combat Rock, people speculate that the lyrics are about his departure, but Jones has insisted the song was simply the band's attempt to write a good, classic rock song.

Following the disbanding of The Clash, Joe Strummer spoke with Mick Jones about the possibility of reforming the band, but Mick Jones had gotten involved with a new project, Big Audio Dynamite, and wasn't interested, so the band never got back together. Jones and Strummer did collaborate, though, on music for Sid and Nancy, a film about the life of Sid Vicious of the Sex Pistols. Strummer also co-produced the music for Big Audio Dynamite's second album. The four core Clash members continued careers in music, some playing with bands and others working solo. 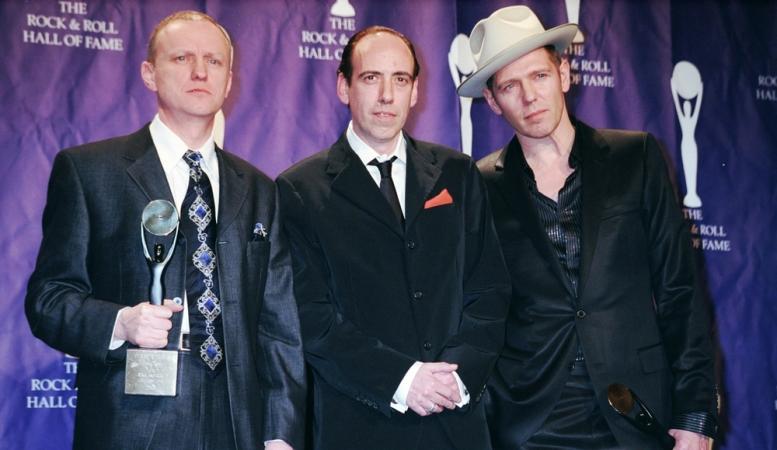 The Clash's musical skill, passion, and willingness to experiment ensured they would leave a truly lasting legacy. In 2003 one year after Joe Strummer died, the band was inducted into the Rock and Roll Hall of Fame for defining the punk genre and being one of the most exciting and important bands in music history.