The king of the smart mouths, Simon Cowell is best known for his reality television empire but his career in music began long before his television debut. Love him or hate him, Cowell's story is an example of someone who has made his mark on the music industry by paying his dues every step of the way.

Simon Phillip Cowell, born October 7, 1959, in London, began his career in the mailroom of EMI Music Publishing. His father was an EMI executive and Simon eventually rose through the ranks to become a music producer.

In the early 1980s Cowell struck out on his own to start Fanfare Records. The label received a lukewarm reception, save for one success with a record by his then girlfriend Sinitta Malone. That record was not enough to keep the label afloat, however, and in 1989 Cowell found himself $1 million in debt and forced to move back in with his parents.

Through his work at Fanfare, Cowell met Pete Waterman of the 1980s hit factory Stock, Aitken, and Waterman, who helped him get back on track. In late 1989, Cowell assumed the position of A&R rep for BMG Records which afforded him the financial stability to move out on his own again. He was able to climb the corporate ladder at the company and signed a string of successful acts, selling more than 150 million records and 70 top-charting singles in both the UK and United States.

He scored big with several groups including:

Cowell's BMG success led him to take another stab at his own label, called S Records. BMG subsequently bought S Records for a reported $42 million.

Cowell has seen a lot of success as a television personality, earning a reputation for his sharp wit and sharper tongue. 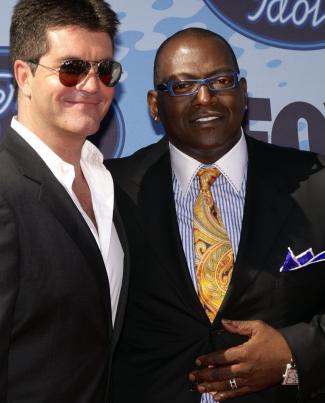 Cowell and former Spice Girls manager Simon Fuller created the show Pop Idol for UK television in 2001. The show featured everyday people singing on stage and being judged on their performances. It was an instant hit and the top two contestants, Will Young and Gareth Gates, each reached number 1 on the UK charts while signed to Cowell's S Records. Cowell, who acted as one of the show's judges, quickly became the man everyone loved to hate.

Pop Idol became American Idol for US audiences for its 2002 debut. Again Cowell acted as one of the judges, along with Paula Abdul and Randy Jackson. The show became a runaway success with an American audience. Many artists have gotten their start on the hit show, including Kelly Clarkson, the season one winner and Carrie Underwood who has become a country music sensation.

Pop Idol has become a worldwide franchise. Cowell appeared as a judge in the 2003 World Idol special edition, but eventually it was time for him to move on to his next project. He left American Idol in 2011. 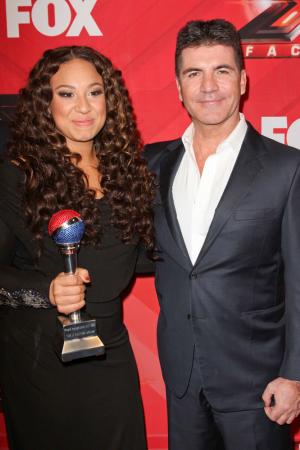 Cowell created the show The X Factor in 2004 in the UK. The X Factor was similar to the Idol format, in that pop music hopefuls vied for a chance at a music career and performed weekly for a public vote. The difference was that Cowell and his two co-judges, producer Louis Walsh and Sharon Osbourne, each took a group of the artists under their wings. The judges picked the songs, and styled and promoted their acts. Though The X Factor was really a contest between the judges, its similarity to the Idol format lead to Cowell being sued by Simon Fuller. The case was settled out of court.

Cowell gave-up his position as judge of American Idol amid a lot of controversy and brought The X Factor to America in 2011. The talent show awards a whopping $5 million recording contract to the winner. Along with Cowell, judges originally included legendary recording executive L.A. Reid and former American Idol judge and pop sensation Paula Abdul, along with singer Nicole Scherzinger of the Pussycat Dolls.

The show was a ratings success and kicked off its second season in September of 2012. Abdul and Scherzinger were replaced with singer Britney Spears and actress and singer Demi Levato as judges. The show continues to receive high reviews and a steady audience.

Written by biographer Tom Bower, the tell-all Sweet Revenge: The Intimate Life of Simon Cowell is packed with juicy facts and tidbits. According to Bower rumors that Cowell improves his image by getting Botox is indeed true. The book also caused a stir because of what Cowell said about co-workers and peers. Cowell even admitted that he had to "bury (his) head in a pillow" for a week after the book's release.

Though considered an unauthorized biography, Bower conducted many interviews with Simon Cowell and his close associates before writing the book.

Cowell has had his hand in a variety of other projects, including: 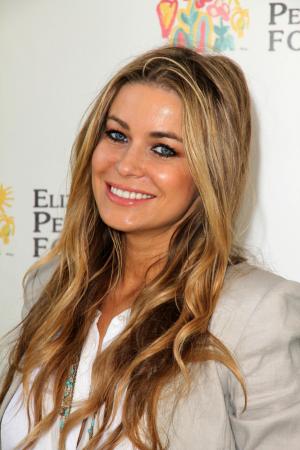 Cowell is currently seeing former Baywatch beauty Carmen Electra. Previously he was romantically linked with make-up artist Mezhgan Hussainy. The couple got engaged in February of 2010, but separated in 2012. He has also been linked with with Extra reporter Terri Seymour, British singer Sinitta Renet Malone, and Australian singer and fellow British X Factor judge Dannii Minogue. He maintains homes in the US and the UK and has a well known love affair with cars, especially his Ferrari.

Not even Cowell himself could have predicted the heights of popularity that he and his programs have reached. Cowell has made a name for himself as a lovable bad boy in both America and his native United Kingdom. With one foot planted in the music industry and the other firmly rooted in television, he continues to combine his passions to create new and slightly different programs that draw wide and devoted audiences.