Randy Jackson, full name Randall Darius Jackson, is most famous for appearing as a judge on American Idol, but his credentials range far beyond the popular reality show. Jackson is an accomplished musician in his own right with a career going back many years.

Jackson's instrument of choice is the electric bass. Throughout the years, he has enjoyed a flourishing career as a musician, and he has been associated with numerous big name acts.

Jackson joined his first band, John Fred and His Playboy Band, in 1973 at the age of 17. Though that band had a string of successes in the 1960s, including knocking The Beatles off the number one spot in the charts with a parody of Lucy in the Sky with Diamonds, their popularity had declined by the time Jackson joined the band. He subsequently studied music at Southern University in his native Baton Rouge, Louisiana.

In the 1980s, Jackson moved to Los Angeles where he got his first big break, playing bass in violinist Jean-Luc Ponty's band. For his second big break, he went on to replace Ross Valory as bass player for the chart-topping band Journey, with whom he completed one album and one tour before the group disbanded for a time in 1987.

Throughout the 1980s, Jackson was in great demand as a studio musician. He worked with Bob Dylan, Herbie Hancock, Billy Joel, Whitney Houston, and Bruce Springsteen, to name only a few.

Jackson relocated to Italy in the late 1980s to produce what went on to be a hit record for Italian pop star Zucchero. Since then, he has recorded and produced albums for Celine Dion, 'N Sync, Mariah Carey, and Bruce Springsteen, among others. Gladys Knight's album At Last, which was co-produced by Jackson, won a Grammy Award for Best Traditional R & B Vocal Album in 2001. He has also written songs for Mariah Carey, Madonna, Michael Jackson, and many more artists.

In 2008, Jackson released his first studio album, entitled Randy Jackson's Music Club, Vol. 1. The lead single, Dance Like There's No Tomorrow, is sung by Paula Abdul. Jackson does not sing on any of the songs on the album, but he produced all of the tracks. The album peaked at number 50 on the Billboard 200.

Jackson has also had stints working as an Artists & Repertoire rep for two major labels, Columbia and MCA. 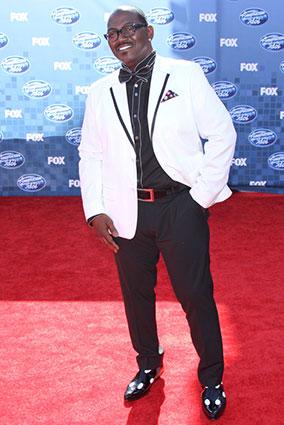 Jackson became a judge on American Idol in 2002 for its first season. He is known for his balanced approach with the contestants, which lies somewhere between the biting sarcasm of Simon Cowell and the warm supportiveness of Paula Abdul. He usually provided constructive criticism while being honest and realistic about the chances of a particular contestant. His use of slang on the show has made him famous. He is most notably associated with "dawg" and "you can blow."

In May 2013, Jackson announced that he was leaving American Idol to focus on other business projects, particularly his company Dream Merchant 21.

In 2008, Jackson became executive producer for the MTV reality show America's Best Dance Crew, which was known as ABDC for short. The show was a venue for dance crews to showcase their various talents and compete for a $100,000 prize. The show was canceled in 2012 because of waning ratings.

Jackson channels his seemingly boundless energy in many directions within the music industry, whether artistic, business-related, or a combination of both.

Jackson runs his own management company and record label, Dream Merchant 21. He acts as manager for artists Nikki Costa and Van Hunt. 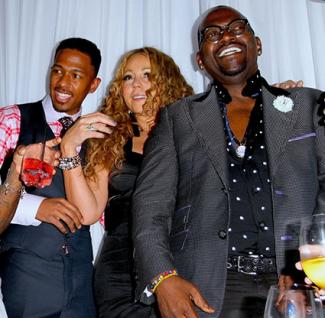 Mariah Carey's 2005 album The Emancipation of Mimi featured Jackson on bass, as well as four songs that were written and produced by him. He also worked as musical director for Carey's touring band, and he performed with her on stage at the 2006 Grammy Awards.

After being diagnosed with diabetes in 1999, Jackson started making changes to his lifestyle to get the disease under control. He dropped 100 pounds after having gastric bypass surgery in 2003, and in the years since, he has been active with speaking out to help other people make healthy lifestyle choices, such as getting regular exercise and improving their eating habits.

In 2004, Randy Jackson released the book What's Up Dawg: How to Become a Superstar in the Music Business. His next book was Body with Soul: Slash Sugar, Cut Cholesterol, and Get a Jump on Your Best Health Ever, released in 2008.

Jackson has been married to his second wife, Erika Riker, since 1995. He has two children with Riker, and one child with his previous wife, Elizabeth Jackson.

A Force to Reckon With

Randy Jackson has worn several hats in the music industry and has seen many changes as the business has evolved over the years. Though the industry is in a state of flux due to the rapidly increasing pace of technological development, Jackson is sure to remain on the scene, lending his considerable music talent and business acumen to a wide range of endeavors.