In the early 2000s just as the internet began to blossom, undiscovered artists rejoiced because they had a new way to reach the public without relying on elusive major label contracts. As this caught on, the internet became over-saturated with artists, and a new challenge appeared: how does someone stand out in this crowd of artists and break through the noise?

What you know about your audience will dictate everything that follows in your promotion strategy. For this reason, you cannot skip or neglect this step. It is critical to understand:

Take as long as you need to research your audience. Think of real world examples: people you've known who love your music. Interview fans about what makes them tick and why they like your music and compile an audience profile folder with their answers.

Once you've got a long list of traits that describe your audience, you'll be better prepared to craft an effective promotion strategy.

2. Look for Ways to Connect With Your Audience

The band Shiny Toy Guns is a superb example of a band that knows how to connect with its audience. If you study their method and the method of other successful bands, a few things pop out:

Try creative ways to reward your fans and connect with them. As Jeremy Dawson of Shiny Toy Guns says, "(t)hey found out that we actually care about who they are and what they are doing in life."

3. Establish an Online Home Base

Of course, the basic step for promotion is creating an online home base, which will include a combination of a website and social media presence. Fortunately many options exist to do this, and the competition has made it cheaper and simpler to set up your home base online.

Social media has one purpose: personalized engagement. The moment your social media becomes impersonal or stops attempting to engage your fans, then it loses its purpose. That being said, you will have to answer the crucial question. Which social media sites should you use?

However, this is also where knowing your audience comes in. If you've done your homework and created a detailed audience profile, you already know which social media sites your fans love the most.

You've laid some important groundwork by this point:

Now it is time to begin trying some innovative strategies and using some fun tools, such as Thunderclap, a great way to involve your online fan base.

What Thunderclap Is and How It Works

When you sign up for Thunderclap, which is free for a basic campaign, you're able to do the following:

Thunderclap, while it offers a free basic campaign, does have pricing tiers (a one-time fee per campaign, not a subscription) that offer enhanced functions for your campaigns.

Tweet For a Track allows you to exactly what it says: run a Twitter campaign in which fans will get a free track sent to their email when they tweet about your campaign. It's free to use, and it's a fun incentive to give to music fans who don't mind spreading the word about your music.

Part of the reason people tune bands out on social media is simple: the bands spent all their time talking about themselves only. While it may seem counter-intuitive, direct self-promotion should be minimal. Instead, do these things that focus on others while only indirectly tying it to your band:

When it does come time to do direct promotion of your band, such as when you're releasing something new, always take advantage of Facebook Events, which makes it easy for bands to invite fans to events. Make every release an event. Do a release party or show in some place where you know your audience will want to attend.

Another fun social media tool is involving your fans in your band's creative process. Do Facebook Live sessions in the studio so fans can watch the album take shape in real-time, and then ask the fans watching what they thought of the music or take polls about which artwork to use and let fans pick the look of your next album.

Although most content you share shouldn't be naked self-promotion, it should be carefully chosen to fit with the story and personality of your band as defined as follows:

Depending on your story and personality, you'll want to share content that fits. If your band loves to joke around and it has a big sense of humor, holding a spontaneous dance off backstage and streaming it on Facebook Live so fans can judge the best dancer might make sense for content.

Alternatively, if your band is contemplative and serious and your audience is that way, you can use social media to share thought-provoking essays or videos that tie into the themes you discuss and write songs about in the band.

For example, if you want to publish an ad about your new album via Facebook, and you only want it to be seen by women in their twenties who live in Houston and who love the bands Nirvana, Garbage, and Nine Inch Nails, you can do that, thanks to Facebook's incredibly powerful, reasonably priced targeted advertising tool.

6. Be a 'Thought Leader' and Music Curator

In marketing, an oft-used buzz word is "thought leader" or "influencer." This is typically someone who works in a certain industry, but they also write about the industry online or produce a podcast. Their content becomes popular, and they become a mini-celebrity in their niche market--i.e. a thought leader or influencer.

If your band plays in the music genre of Americana Singer/Songwriter, for example, you can launch a blog, Internet radio station, or podcast that covers that type of music-either discussing trends in the genre or curating playlists.

The best part: if the content you create catches on, not only will you be exposing more people to who you are as a musician, you will become regarded as an authoritative voice in that world of music. 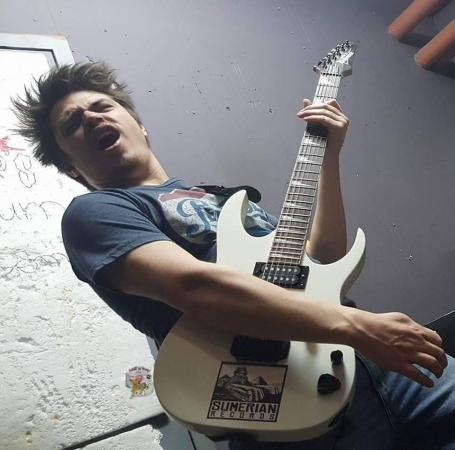 Although it might be discouraging to hold off on the exciting promotion stage of your music, it is always better to invest in much time into the product as possible before taking it to the public.

This holds true for promoting your band too, not just playing live. Don't rush to promote your band if the product itself is underdeveloped. A truly great product--a band or solo artist who writes incredibly powerful songs and plays them extremely well with a unique sound--does far more to get word-of-mouth going for your music than any promotional trick.

Make It a Journey Worth Remembering

The lifespan of any band, no matter how good, is never guaranteed to be lifelong. For that reason, make the marketing fun and creative. Not only will that make your promotion strategies more effective, it will make your time in the band worth remembering for both your band mates and your fans.

0
Comments
© 2006-2020 LoveToKnow, Corp., except where otherwise noted. All Rights Reserved.
Resouces, Advice & Tips for Covid-19
Read More
How to Promote Your Music