Throughout the history of music, there have been many artists who arrived on the scene with such a splash that they were never able to generate the same kind of success again, at least not on the American charts. That's how they earned a spot in history as one hit wonders. Take a walk down memory lane as you explore this list of some of the biggest one hit wonders the music world has produced so far.

Memorable One Hit Wonders of the 1970s

The 70s were filled with an eclectic mix of musical styles, including country rock, folk pop, disco and more. See if any of these lone hits bring back memories.

This country rock song has become a true classic over the decades since its release. Although the band has recorded a number of albums over the years, none of their tunes has enjoyed the commercial success of Mississippi Queen, which has been featured in numerous films such as The Dukes of Hazzard and The Expendables. The song has also been covered by other artists like Molly Hatchet and Ozzy Osbourne.

2. Love Grows Where My Rosemary Goes by Edison Lighthouse (Charted 1970)

A bit of trivia here, this hit was originally sung by Tony Burrows, but a band called The Greenfields were chosen to present the hit on Top of the Pops. The band appeared under the name Edison Lighthouse, and the rest is history.

3. I'd Like to Teach the World to Sing by The Hillside Singers (Charted 1971)

This sugar-sweet tune first gained notoriety as a jingle for a Coca Cola commercial. The song became so popular that it was recorded for radio by a group of studio singers who called themselves The Hillside Singers. The song was later recorded by The New Seekers, and it was a hit for them as well. 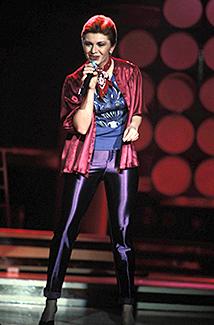 Anita Ward got her chance to sing Ring My Bell when the artist the song was intended for decided to sign with another label. It was a lucky break because the song topped the disco and soul charts. Sadly, Ward never had another significant hit.

Also known as the theme from Rocky, Bill Conti recorded the original version which was included on the film's soundtrack. However, trumpeter Maynard Ferguson also found success with his version of the song the very same year.

6. I Love the Nightlife (Disco Round) by Alicia Bridges (Charted 1978)

This tune was another big hit from the disco era that crossed over to the pop and soul charts. The song enjoyed a resurgence in 1994 when it was featured in the film, The Adventures of Priscilla, Queen of the Desert.

The 80s spawned the MTV generation and a good deal of hits from bands that were heard from once, and then appeared to fade off into oblivion. Here are a few of the highlights.

This isn't really fair to Soft Cell since they did have their fans, but Tainted Love was such a major chart hit that their failure to keep mainstream success going has to be noted. Arguably one of the most fun songs to dance to ever, Tainted Love has lived on in samples thanks to Rihanna. 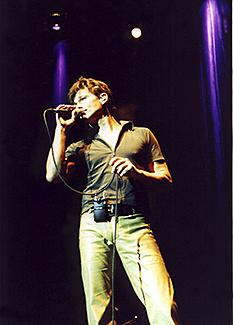 Boasting a quintessentially '80s-esque music video and a playful, sing-along-with-me chorus, Mickey was singer Toni Basil's biggest - and only - hit. Few fans can forget the sight of peppy cheerleaders with pom pons waving as they hopped to the beat and chanted the song's main chorus. Today, the song is a staple on 80's music radio stations.

Another hit that received heavy play on MTV, 867-5309/Jenny is still a favorite with its catchy tune and unique chorus. Of course, the song also provided plenty of unlucky citizens with major headaches! People who shared the same phone number as the song title weren't too amused by the endless crank calls and requests to speak to Jenny.

Dexys Midnight Runners scored big with Come On Eileen, but the British band's other singles simply didn't match up. The good news, though, is that lead singer Kevin Rowland was right when he sang, "I'll hum this tune forever." Indeed.

5. Walking on Sunshine by Katrina and the Waves (Charted 1985)

This is a song that simply won't quit. It was a huge hit in 1985, but it's still played in commercials and on radio to this day. The song's relentlessly uplifting beat is as infectious today as it was back then.

If you've ever seen Miami Vice, you've heard Jan Hammer's beat-driven theme song to the popular television program. This tune will go down in history as one of the most famous instrumentals ever.

This catchy song by Norwegian band a-ha and its part cartoon, part live action video were huge in the 80s. The song continues to be belted out by people around the world. Unfortunately, singing this song requires hitting several stratospheric notes, and there are unconfirmed rumors of windows shattering at scattered karaoke establishments. By the way, a-ha may object to being on this list. This may have been their only hit in America, but they did keep the fires alive elsewhere long after American fans moved on. 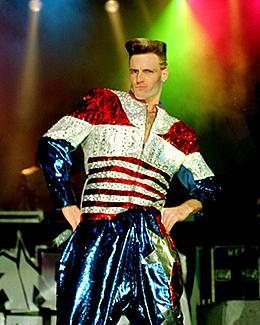 The 1990s certainly had its share one hit wonders. Remember any of these songs?

Despite being the target of many a joke, Vanilla Ice, aka Rob Van Winkle, really is having the last laugh about this song as the royalty checks just keep on coming. Rob desperately wants to be taken seriously as a musician, and he has dabbled in other musical genres. However, the only other thing he's done that really has created any kind of buzz was when he threw a drum kit at Ron Jeremy during his stint on the Surreal Life.

Although this song provoked both laughter and nausea, Rico Suave burned up the charts and filled the MTV airwaves in the early 1990s, way back when MTV used to show music videos. The public was ready to let Gerardo slide with this kind of thing once, but once was enough, and he faded into obscurity.

Does this song really need an introduction? Although it sounds almost quaint next to some modern song lyrics, Mix's salute to "back" gave big booty gals and the men who love them the courage to come out of the shadows and stand proud.

It almost seems cruel to list this song, since the mere mention is absolutely guaranteed to leave it knocking around your brain for days. The interesting thing about Macarena is that it is one of those songs that no one will cop to ever having liked, and yet it was enormously popular. In fact, four million people bought the single, and you may never be able to attend a wedding reception without being dragged to the dance floor to take part in the signature dance.

Chumbawamba's 1997 hit has taken a lot of flack in the years since its release - find a "worst song" list, and you're almost certain to find it there. Still, 90s audiences couldn't get enough of its addictive chorus about getting knocked down and getting back up again.

This song was inspired not by life as a bar patron, but rather from the perspective of being on the other side of the counter. Singer/songwriter Dan Wilson penned the song while he was opening up his own bar, The Rehab Room, which has since closed. Semisonic might have only had one hit, but they continue to ride that success into a number of small shows and festival opportunities.

The inspiration for this song came from the time Tai Bachman was trying to convince a very attractive girl to go out with his stepbrother. It's about a girl that's so awesome that the singer thinks she's totally out of his reach.

Mambo No. 5 was originally recorded as an instrumental piece by bandleader Perez Prado. Lou Bega added lyrics to it about a bevy of girlfriends, and the song became an international hit.

One Hits from the New Millennium 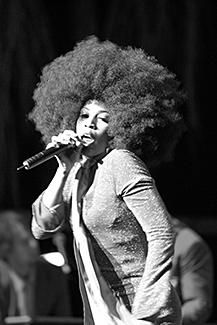 Some of the artists listed in this category may yet strike gold with another hit, but for now they remain one hit wonders. As good as some of these songs are it's difficult to believe a few of these artists have not had successful follow ups.

Admittedly, this song had some of the most ridiculous lyrics ever written. However, the main chorus and its signature "woof, woof, woof, woof" had everyone singing and dancing along.

Macy Gray's smoky voice and heartfelt delivery propelled I Try to a top 10 hit. The song speaks eloquently about still being in love with an old flame and trying to at least look okay on the outside.

Crazy was a huge international hit for Gnarls Barkley, so much so that singer Cee-Lo Green worried people would become sick of the tune. Even though it looks like this may be the only chart buster Gnarls Barkley will ever produce, Cee-Lo appears to be enjoying plenty of success as a solo artist, as well as a TV personality on The Voice.

If you managed to miss this song on the radio, surely you remember it from American Idol. The song was used to bid contestants farewell as they were voted off the show.

One Hit Is Better Than None

These bands may have turned out to be one hit wonders, but they did have their moment at the top of the charts. Some bands spend their entire careers trying to get a hit. At least these artists gave everyone something to remember them by, and one hit is certainly better than none!