Oingo Boingo is best known for two things: their eclectic 80's soundtrack hits like Weird Science and their lead singer, Hollywood composer Danny Elfman. However, devotees are familiar with the band dating back to their performance art days in the mid 70's. A cult band to be sure, they ended their long union in 1995.

Oingo Boingo was a rock band based out of Los Angeles. They had a unique sound as they arranged their music with a horn section. They transcended genres, although you could definitely hear influences of jazz and ska. The group had an almost comical, offbeat image similar to one of their contemporaries, Devo. Even in Oingo Boingo's early days, Danny Elfman's ambitious compositions were obvious behind what were often amusing and strange lyrics.

As locals began to form a cult-like following of Oingo Boingo, the band's fame started to spread beyond L.A. and across the West Coast. Once signed with A&M Records, their first album, Only a Lad, was a modest success in 1981. They owed much of that success to great live shows and word of mouth, as their sound was a bit strange for radio play. Thanks to MTV their theatrical background came in handy and videos for songs like Nothing To Fear were given regular rotation.

Their best-known song, Weird Science, was instrumental in drawing the attention of a mainstream audience to the group. The song was written for the John Hughes film of the same name. It was later included in the group's 1985 album titled Dead Man's Party. Other popular songs included:

With the success of their stellar live shows and unique music videos, Oingo Boingo earned a national following. Their biggest hits were released during the mid-80's. Although they never became a huge commercial success, Oingo Boingo drew a loyal crowd until their farewell concert in 1995. (The previous year saw the band shorten their name to Boingo.) 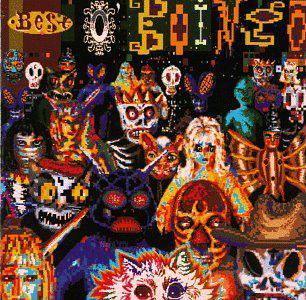 The Best of Oingo Boingo: Skeletons in the Closet is the group's first compilation album which features songs from the years 1981 through 1983 from the albums Only a Lad, Nothing to Fear and Good for Your Soul. Other compilations followed including Stay which was only released in Brazil and was a response to the overwhelming popularity of the band in the late 1980s.

Ten years later, during the Halloween season of 2005, drummer Johnny "Vatos" Hernandez spearheaded an Oingo Boingo tribute show called, The Johnny Vatos Dance Party . He was joined by former Oingo Boingo members including Steve Bartek, John Avila, and Sam "Sluggo" Phipps, at The Grove of Anaheim, California. Elfman did not join them due to irreversible hearing loss which he feared would get worse if he rejoined the group. Brendan McCreary, a colleague of Elfman, stood in his place. The show continues to tour today under the name The Johnny Vatos Boingo Dance Party, though shows are sporadic and infrequent.

Director Tim Burton had been a huge fan of Oingo Boingo in the early 1980's, so he asked Danny Elfman to score the film Pee Wee's Big Adventure in 1985. Elfman obliged, thus creating a long collaboration between the two artists. Subsequently, Elfman became one of Hollywood's most sought after composers. His work includes film scores to:

He is also the composer for the theme songs to television shows such as The Simpsons and Desperate Housewives. Elfman's prolific film compositions may be the reason why the band was never a huge commercial success, as he was concentrating on both careers at the same time.

Elfman has been nominated for four Academy Awards. He won a Grammy Award for Best Instrumental Composition Written for a Motion Picture, Television or Other Visual Media for Tim Burton' film, Batman. He also won an Emmy Award for his Desperate Housewives theme song.

Before the band became the rock group known as Oingo Boingo, they were The Mystic Knights of the Oingo Boingo. A strange performing arts group, they played in clown white makeup and could have over a dozen people at a time on the stage. Formed by filmmaker Richard Elfman, the group's composer would eventually become Richard's younger brother, Danny. After weeding out some members and shortening the name to Oingo Boingo, Danny assumed the role of lead singer of what was now a rock band.

When Oingo Boingo was formed in 1972, not many people could have predicted their influence on American new wave music. They considered key influences on bands such as Nirvana, Fish Bone and Mr. Bungle. Their soundtracks and energetic Halloween concerts are also notable accomplishments.