Nirvana was one of the most significant game-changers in modern music history. Exploding onto the scene in the late 1980s and rising to worldwide attention by the early 1990s, Nirvana offered a different look and sound from the new wave and synth pop that had been so popular before them. The distinctive and uncompromising style of their music helped usher in other genres that had previously been marginalized by pop music, such as alternative, grunge, and indie rock.

The genesis of Nirvana came when Kurt Cobain and Krist Novoselic met in 1985. The pair had similar tastes in music and decided to form a band. They worked with several drummers and went through a host of names before settling on Nirvana in 1988. The name is a Sanskrit word that denotes enlightenment and freedom from desire.

In 1988 Nirvana signed with Sub Pop Records, a Seattle-based independent label. One year later they released their first album, Bleach. It was filled with raw, heavy guitar sounds and was heavily influenced by 1970s rock and one of Cobain's favorite punk rock bands, The Melvins. Sales for Bleach had to build slowly over time, but it wound up selling 35,000 copies before the release of Nevermind, which was excellent for an independent release. 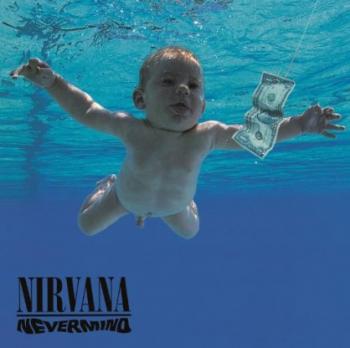 In 1990, the band signed with major label DGC Records and began working on their next album. They worked on recording and mixing for months before Nevermind was finally released later in the year. The album wasn't expected to sell more than 250,000 copies, but it sold over three million units in the U.S. in under six months. Smells Like Teen Spirit, the title track from the album, became Nirvana's signature song and received heavy airplay on the radio and MTV. Michael Jackson and other pop artists lost the top slot to Nirvana, symbolizing the triumph of grunge rock.

Nirvana shot to the top of the charts and sent the band members struggling to cope with their sudden popularity. With its passion and its startling musical originality, their smash hit album Nevermind kicked open the doors for other alternative rock musicians, especially grunge rock bands such as Alice in Chains, Pearl Jam, and Soundgarden.

Nirvana's next album, Incesticide, was released in late 1992, a result of a collaboration between DGC Records and Nirvana's first label, Sub Pop. It was a compilation album made up of B-sides and rarities. Many of Nirvana's unreleased early recordings and radio sessions were being circulated as illegal bootlegs. Incesticide sought to trump them with recordings that were more affordable and of better quality. 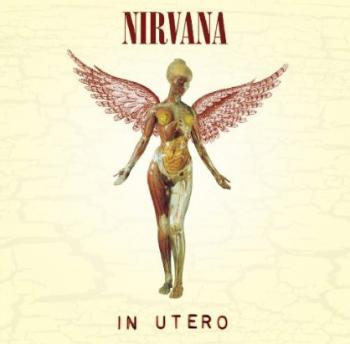 In Utero, by Nirvana

In 1993, Nirvana released In Utero, an album that was recorded and mixed in just two weeks. Producer Steve Albini was reportedly brought in to give the new album a raw, grungy sound in an attempt to distance Nirvana from the mainstream audience that had developed around them. Some tracks on In Utero feature long periods of distortion and feedback noises. Cobain said that Albini's sound was the one he had always wanted Nirvana to have, untouched by studio sound manipulation and trickery.

In Utero forced Nirvana to deal with corporate censorship. Retailers such as Wal-Mart refused to carry the album due to the cover art and song titles such as Rape Me on the back. The band obligingly reworked the cover art and titled their controversial song Waif Me for special units that were produced for family-oriented retail stores. Kurt Cobain later told the press he chose to give in to the stores' demands because many of his fans lived in small towns and had no other source for buying music.

The famous MTV Unplugged session was held in 1993 during which Nirvana decided to unveil a radical change of direction. Acoustic ballads and Cobain's surprisingly deep songwriting skills were the highlight of the recording session, a stark contrast to their usual blaring guitars and raw sound.

The End of Nirvana

One year after the MTV Unplugged session Nirvana kicked off a European tour. It was plagued with difficulties, and Cobain seemed distracted and bored during most of the shows. He was diagnosed with bronchitis and severe laryngitis in March of that year, and several days later was found unconscious by wife Courtney Love. The tour was canceled, and doctors told the press the singer had reacted to a combination of alcohol and prescription Rohypnol.

Cobain's heroin addiction resurfaced in the following weeks. The other band members convinced him to check into rehab. After only a few days in the clinic, Cobain climbed over the wall and flew back to Seattle. One week later on Friday, April 9, 1994, Cobain's body was discovered in his Seattle home by an electrician. The circumstances surrounding his death are questionable, but the official investigation concluded it was suicide. Without Kurt Cobain, Nirvana was dissolved.

Several Nirvana albums have been released since the death of Kurt Cobain, including live performances, bootlegs and unreleased studio recordings.

From its beginning, Nirvana was made up of Kurt Cobain, who was singer and guitarist, and Krist Novoselic, who was bassist. They had several drummers before Dave Grohl, who came aboard in 1990 and who also did backup vocals.

Following the demise of Nirvana, Grohl started his own band, the Foo Fighters, for which he plays guitar, lead vocals, and writes songs. The band is still going strong today, having released a number of successful studio albums and won eleven Grammy Awards.

As a drummer, Grohl has done session work for artists as diverse as Nine Inch Nails, Stevie Nicks, and Tom Petty and the Heartbreakers.

Novoselic stayed active in music after Cobain's death. He formed several bands, including one called Eyes Adrift for which he played bass, sang lead vocals, and co-wrote songs. Novoselic was one of the members of the band Flipper from 2006 to 2008, and he played bass for the Foo Fighters' 2011 album Wasting Light.

He has also been active in film, directing a movie in 1998 about the band L7. In 2009, he appeared in the film World's Greatest Dad that starred Robin Williams.

Nirvana marked a point of no return in the development of modern music. Ripples from their impact are still being felt today in the widespread interest in alternative genres of rock. High-profile artists such as Shakira continue to cite Nirvana as an influence. The band's no-holds-barred musical legacy will doubtlessly continue to be a major player for many generations to come.