Great Motown songs have become timeless classics that span music genres. The pop-soul crossover formula created by the record label in the 1960s spawned a long list of hits that have become pop music standards. Although the Motown banner continues to be used to release music under the Universal Motown imprint, the label's heyday was between the 1960s and 1970s.

A list of Motown hits could go on for many pages. It is impossible to overstate the impact Motown has had on pop, soul and R & B music, as well as on the music industry itself. Here are some of the biggest hits from Motown's glory years:

Marvin Gaye's rendition of I Heard It Through The Grapevine spent a stunning seven weeks at the top of the charts.

I Want You Back was the first number one hit for the Jackson 5, and it introduced a young Michael Jackson to the world.

Just My Imagination (Running Away With Me) - The Temptations (1971)

Just My Imagination was lead singer Eddie Kendrick's last smash hit with the Temptations before starting a solo career.

The Tracks of My Tears - Smokey Robinson and The Miracles (1965)

Smokey Robinson and the Miracles created a perennial favorite with The Tracks of My Tears, which was inducted into the Grammy Hall of Fame. 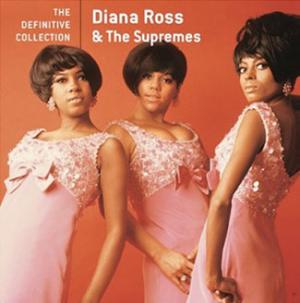 The Supremes Where Did Our Love Go

The Supremes scored their first number one hit with Where Did Our Love Go, which held the top spot for two weeks in 1964.

With its infectious rhythm, I Can't Help Myself couldn't help but be a hit: The song topped the R & B chart for nine weeks.

Motown favorite You Really Got a Hold On Me was included on the Rock and Roll Hall of Fame's list of the 500 Songs That Shaped Rock and Roll.

Heat Wave resulted in a 1964 Grammy nomination for Martha and the Vandellas for Best R&B Vocal Performance by a Duo or Group. 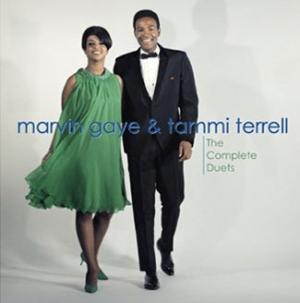 Marvin Gaye and Tammi Terrell sang so well together on Ain't Nothing Like the Real Thing that the song hit number one on the R & B chart.

Baby Love not only reached number one on the R & B chart, but it also topped the pop charts and was included on Rolling Stone Magazine's list of the 500 greatest songs of all time.

Reigning at the top of the R & B chart for an incredible eight weeks, Ain't Too Proud to Beg was one of the Temptations' biggest hits.

Known as Mary Wells' signature song, My Guy was inducted into the Grammy Hall of Fame in 1999. 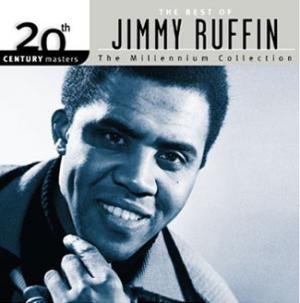 Jimmy Ruffin What Becomes of the Broken Hearted

What Becomes of the Brokenhearted - Jimmy Ruffin (1966)

What Becomes of the Brokenhearted became so popular that it provided Jimmy Ruffin with his only top ten hit.

Jimmy Mack gave Martha and the Vandellas their last top ten hit in the U.S., hitting number ten on the Billboard Hot 100 and number one on the R & B chart.

Penned by Smokey Robinson for the Marvelettes, Don't Mess With Bill was certified gold as a single in 1966.

My Girl, considered to be the Temptations' signature song, was honored by NME on their list of the 100 greatest songs of the 1960s.

The Supremes enjoyed their fourth number one hit in Stop! In the Name of Love, which was further endeared to the public by the little dance the group did when they performed it.

The staff of Acclaimed Music ranks Reach Out I'll Be There, the Four Tops' most famous song, number 45 on their list of the greatest songs of all time. 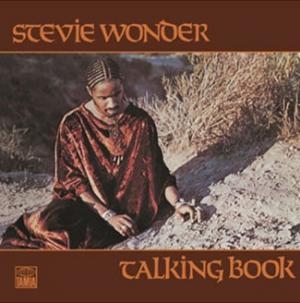 What's Goin' On is a song that has truly stood the test of time, with Rolling Stone Magazine ranking it number four on its list of the 500 greatest songs. 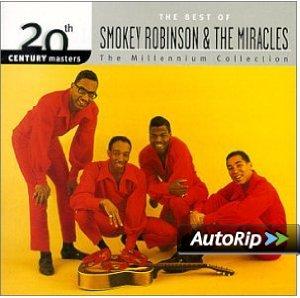 Dancin' in the Street was a defining song for Motown's sound and was selected for preservation by the Library of Congress in the National Recording Registry.

Stevie Wonder wrote Superstition for Jeff Beck but decided instead to keep it for himself, which turned out to be a great move when the song became a number one hit.

Released in 1961, Please Mr. Postman was the first Motown single to hit the top of the Billboard Hot 100 chart.

Do You Love Me has hit the Top 40 twice, the first time after its release and the second time in 1988 as a result of its inclusion on the Dirty Dancing soundtrack.

Money (That's What I Want) became the very first hit single for Berry Gordy's first record label, earning him sufficient financial resources to expand into what would become Motown.

I Second That Emotion - Smokey Robinson and The Miracles (1967)

Founded by Berry Gordy in 1960, Motown was actually Gordy's second record label. One year prior, he had founded Tamla Records, which launched the career of Smokey Robinson and The Miracles. Soon after launching Motown, Gordy rolled Tamla into Motown. The label briefly operated as Tamla/Motown, and then simply as Motown.

The Sound of Young America

Motown marketed their signature sound as "The Sound of Young America." Indeed, the label had a huge impact on the cultural landscape of American youth in the 1960s. Motown was the first African-American owned record label with predominantly African-American artists to achieve broad success. The label is credited not only with integrating the music industry but also with inspiring young people to take part in the Civil Rights Movement.

Success Through the Decades

Motown hits ruled the airwaves during the 1960s. Between 1961 and 1971, the label released a whopping 110 Billboard top ten hits. Although Motown consistently enjoyed success in the years that followed, from Diana Ross solo material in the 1970s to the Commodores and Rick James in the 1980s, Boyz II Men and Johnny Gill in the 1990s and Erykah Badu in the 2000s, the label never achieved the same level of success as it had enjoyed during the first decade of its launch.

Berry Gordy got out of the label in the 1980s. Since then, Motown has been bought and sold several times. From 2005 through the present, Universal has owned the Motown name and uses it to release records under Universal Motown.

A Legacy to Be Proud Of

The impact of Motown's highly successful songs on culture and on the development of modern music has been nothing short of tremendous. The rise of Motown in the 1960s coincided with the struggle for civil rights and helped give an entire generation a strong voice in fighting for social equality. The unique Motown sound not only paved the way for the continued success of African-American artists but also demonstrated the sheer power of great music to bring people together.