Our Mariah Carey gallery looks at the life and music of the R&B singer, songwriter, producer and actress. Born in 1970, Mariah Carey made her recording debut in 1990. She is one of the first artists to have her first five singles all climb into the top 100 of the U.S. Billboard chart.

Billboard Magazine labeled Mariah Carey the most successful artist of the 1990s and the only recording artist to have a number one single if not more for each year of the 90s.

1993 was a banner year for Carey. She married her record producer Tommy Mottola. She released the Music Box album the same year and it was her most succesful worldwide release. The album spent 128 weeks on the Billboard charts and her first UK chart topper.

During the 2008 American Music Awards, actor Terrence Howard described the honor earned by Mariah Carey that the AMA was recognizing with a special award:

"We want to salute her for a couple of amazing achievements so we have something special to present to her, and I'd like to read the inscription: The American Music Awards honours Mariah Carey for surpassing two of the longest-standing records in music history, formally held by Mr. Elvis Presley. In 2008, Mariah Carey became the solo artist with the most number one hits of all time."

Mariah Carey lights up the Empire State Building to celebrate her new album "E=mc2." The album included the singles:

In addition to trying her hand at acting and releasing multi-platinum albums, Carey turned her hand to penning and recording songs for major motion pictures including:

With Whitney Houston, she recorded the duet When You Believe which quickly climbed into the top of the charts.

Although her film career never really took off, Carey made cameo appearances in television shows such as Ally McBeal and films such as You Don't Mess with the Zohan.

Carey co-starred in the critical darling Precious in 2009.

The multi-talented singer, songwriter and performer labels soul musicians Billie Holiday, Gladys Knight, Aretha Franklin and Sarah Vaughn as some of her greatest influences. Although her musical stylings are closely associated with Whitney Houston and Celine Dion who blend torch with rhythm, blues and pop to create a very modern sound.

Intrigued by the Mariah Carey gallery? Learn more about Mariah and her music in Love To Know Music's Mariah Carey Biography. 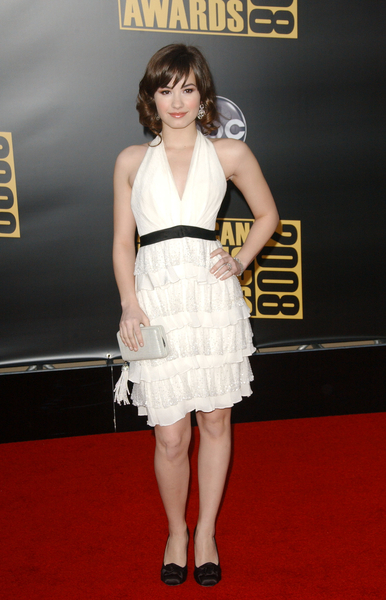