The story of Mariah Carey is one of a singer who went from the very top to rock bottom, only to reinvent herself all over again. Carey is known for her stunning five-octave vocal range, but her career has had its share of challenges.

Born March 27, 1970, in Huntington, Long Island, New York, Mariah Carey was linked to music from birth. Her name came from the song They Call The Wind Mariah.

Carey's early family life was difficult. Her parents divorced when she was three, and the family had problems with racist neighbors. At one point, the neighbors set their car on fire and poisoned the family dog. Carey's father came into and out of her life sporadically.

As an opera singer and vocal coach, Carey's mother convinced her to concentrate on music in her spare time. Her mother had to take on several jobs to support the family, and Carey filled up her alone time with music. 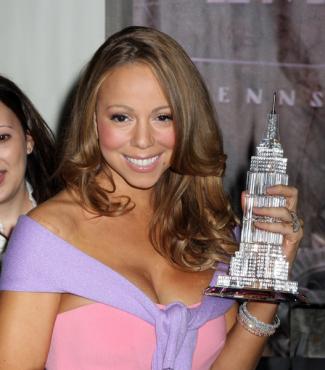 At a party Carey met Tommy Mottola, president of Sony Music Entertainment, and gave him her demo tape. He put the tape into the stereo of the car when he left the party, then turned around to go back and find Carey. She had already left the party and Mottola set out to track her down. Once he located her, he signed her on the spot. While working on her self-titled debut album Carey and Mottola began dating, and they eventually married.

Carey's debut album went to number one on the charts. It produced four number one singles, including Vision of Love, which spent four weeks at the top. She followed her first album almost immediately with a second one, Emotions. The second album was less well-received by critics, who complained it sounded too similar to the first release. 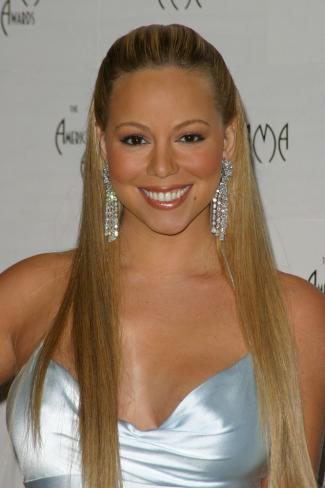 On Daydream, Carey left behind the ballad singer image and worked with hip hop artists, including Ol' Dirty Bastard. The album had more edge than her other work, and critics and audiences alike embraced it. Daydream earned six Grammy nominations. It also spawned the hit single One Sweet Day, written and recorded with Boyz II Men, which spent a staggering sixteen weeks at the top of the charts.

The late 1990s ushered in more changes for Carey. Her relationship with Mottola fell apart in 1997. In the wake of their break-up, Carey said that Mottola was very controlling. She took charge of her career and released the album Butterfly. She shook off her tame image and become more sexually provocative. The album featured the number one song Honey.

Her last album of the 1990s was Rainbow. The album received generally good press but didn't sell well. Carey blamed her break-up with Mottola for Sony deliberately not promoting the album effectively.

In 2000, Carey left Sony and signed a deal with Virgin Records. During this time, Carey began publicly airing her problems with her current boyfriend and complaining about the way Sony had treated her. She gave the impression that she was becoming increasingly unbalanced. After a bizarre performance on MTV's Total Request Live show that included a strip tease, Carey checked into a hospital to recover from exhaustion.

Her first release for Virgin was Glitter, the critically-panned soundtrack for a critically-panned film that starred Carey. The backlash was extreme. Sony released a Greatest Hits compilation after Glitter that flopped as well. After those two sales failures, Virgin paid Carey to terminate her contract early. The public embarrassment from her contract release further contributed to Carey's decline.

Back to the Top 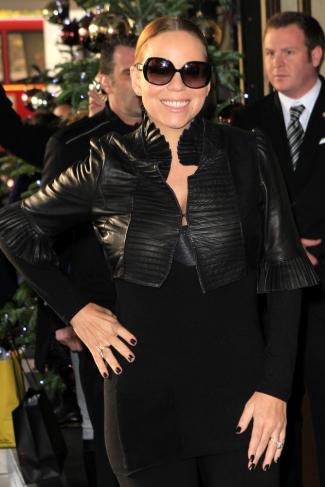 The year 2002 found Mariah Carey striving to relaunch her career. She signed with Island Records and put out another album, Charmbracelet. Critical reception for the album was lukewarm, though it was a commercial success.

By 2005, Carey had turned things around. Her Emancipation of Mimi album chronicled her struggles and helped put her back on top of her game. The album was a smash hit not only with fans but also with critics, who praised Carey's "return to form." In the September following the album's release, two of its singles, We Belong Together and Shake It Off, occupied the number one and number two spots on the Billboard Hot 100 respectively.

E=MC², released in 2008, launched Carey to new heights of stardom. It was her sixth album to reach number one on the Billboard 200, making her the second most successful female artist in the history of the charts. Touch My Body became the eighteenth Carey single to hit number one, making her second only to the Beatles in number of chart-toppers.

Carey embarked upon her second marriage in 2008. She met Nick Cannon in Antigua while filming one of her videos, and the two were married on her estate in the Bahamas.

In 2009, Carey garnered critical acclaim for her acting skills in the movie Precious, which won multiple awards at the Toronto Film Festival and the Sundance Film Festival.

In 2012, Mariah Carey joined the panel of judges on American Idol, the wildly successful reality show and singing competition, for its twelfth season.

Throughout her career, Carey has been dogged by rumors of diva-like behavior. She once reportedly missed a TV performance at MTV Europe because she refused to walk up the stairs, and she has a person who follows her around to give her sips of water. Carey is good-natured about the rumors and occasionally pokes fun at her image.

In 2013, Carey was presenting at the So So Def 20th Anniversary Concert in Atlanta, wearing a skin-tight, strapless dress. She discovered that strapless dresses can be quite dodgy apparel when she raised her hands up and the dress slipped down. It didn't slip much, but it shifted down enough to constitute a noticeable wardrobe malfunction.

A couple of weeks after the So So Def malfunction, Carey was getting ready to go on for American Idol clad in a racy, black Tom Ford dress with a plunging neckline. Someone stepped on the back of the dress and pulled it, causing Carey to have to quickly change into a more conservative black dress.

Carey has recorded numerous songs that have reached number one on the charts. Carey's number one songs span the length of her career and include: 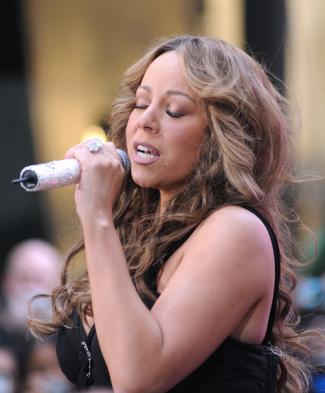 Mariah Carey's impact on pop, and rhythm and blues music is tremendous. The distinctiveness and range of her singing voice has inspired and influenced scores of other female artists, including fellow chart-toppers Beyonce, Britney Spears, and Christina Aguilera. Her larger-than-life star persona is rivaled only by her accomplishments in the entertainment world, the impacts of which will be felt for many years to come.