Horror movie soundtracks make great background music for a Halloween-themed party or a murder mystery dinner. Some horror films feature music from popular artists in their soundtracks while others use original musical scores. Whether you're looking for background music or something different to listen to, add some of these spooky soundtracks to your play list.

From creepy sound effects to classic punk rock, the scores from the following horror films offer a wide variety of styles to choose from.

The soundtrack to 28 Days Later features a moody, eerie score by John Murphy combined with rock songs by Blue States and Brian Eno, and classical pieces like Bach's Ave Maria and Fauré's Requiem in D Minor.

A Nightmare on Elm Street 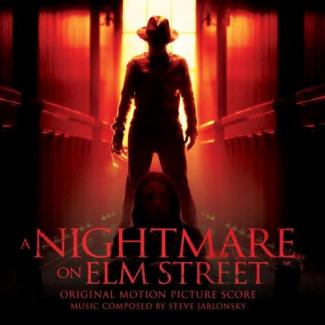 With its classic 1980s synthesizer sound enhanced by discordant sound effects, the soundtrack to A Nightmare on Elm Street weaves an indispensable element of menace into the movie's creepy tale.

The Amityville Horror soundtrack struck such a chilling chord with moviegoers and listeners that it was nominated for an Academy Award for Best Score. Lalo Schifrin's score builds a simple musical motif based on two notes into a sonic fright fest for piano and strings.

Wojciech Kilar, a Polish film composer, scored Bram Stoker's Dracula whose lushly orchestrated music combines gothic and even romantic elements with hair-raising choral accompaniments. No doubt about it, this powerful and deeply-felt soundtrack carries quite a bite.

Carnival of Souls, a classic horror film, boasts a timelessly spooky soundtrack which uses organ music to enhance the film's dark and brooding mood. The music also includes snippets of spoken dialog from the film.

The soundtrack for Creepshow, a film made up of horror vignettes, offers tracks that represent a score for each story in the film. The scores make strong use of synthesizers and piano to create a variety of moods, from comically creepy to darkly diabolical.

Dawn of the Dead

Dawn of the Dead features a soundtrack that is made up of original music from Goblin combined with incidental music from a stock music library. The mix makes for a spine-tingling combination that is extra potent if you listen to it in the dark. 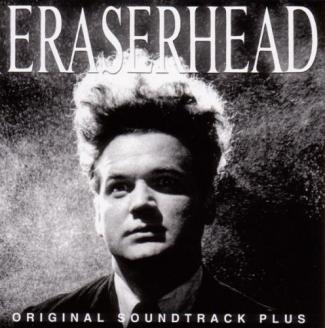 For dark, atmospheric music, it would be hard to beat the Eraserhead soundtrack. The bizarre starkness of the score with its screams, hums, and offbeat sound effects compliments the surreal imagery of the film itself.

The Exorcism of Emily Rose

The chilling mood of the soundtrack from The Exorcism of Emily Rose is accomplished through the use of hauntingly beautiful, dissonant strings and piano overlaid from time to time with plaintive, hair-raising vocals.

One of the most highly acclaimed soundtracks of all time, the score from The Exorcist made itself inseparable from the ominous mood of the movie. The most well-known piece is the unforgettable Tubular Bells.

Howard Shore wrote the orchestral score for The Fly, which is redolent with brass and strings and speaks to horror and heartbreak.

John Carpenter's score for The Fog makes use of minimalist piano to communicate the horror and dread of inexplicable fog slowly choking a a small town.

Written around eerie whispers and protracted pronunciation of the killer's name, the Friday the 13th soundtrack is sure to raise collective goose bumps at any Halloween or similarly spirited gathering. 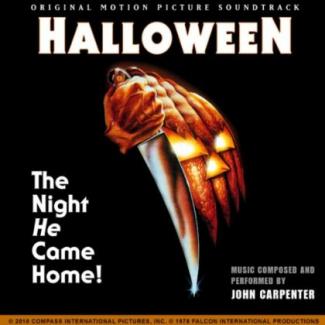 One of the most recognizable movie themes for horror film buffs, the score for Halloween is unparalleled in the stark, dark mood it creates out of a simple keyboard motif.

The nightmarish score for Hellraiser amps up the horror of Pinhead and crew through the use of strange synthesizer sound effects and music that is decidedly gothic in its mood.

Interview With the Vampire

Written in a classical style, the soundtrack for Interview With the Vampire plays well with the movie's old world settings and leads up to Guns N' Roses' cover of Sympathy for the Devil, marking a breathtakingly modern twist at the end.

Made up of just eight notes, the signature shark theme from the Jaws soundtrack delivers a powerful punch of dread every time.

The Jeepers Creepers soundtrack is darkly aggressive, reminiscent of the ominous old truck that is clearly out for blood in the film. It features orchestral arrangements that shift from eliciting gut-churning suspense to heart-pounding fear.

The Lost Boys is perhaps the epitome of a 1980s horror movie soundtrack, featuring a number of bands from that era. The original score creates an appropriately vampy mood, and who could forget Echo & the Bunnymen's funky cover of People Are Strange? 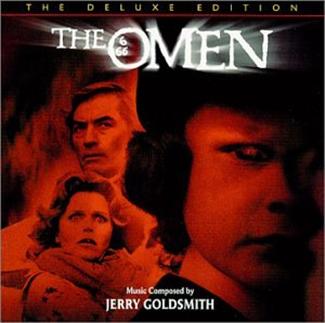 Winner of an Academy Award for Best Score, the soundtrack for The Omen, composed by Jerry Goldsmith, features a bone-chilling chant entitled Ave Satini, which is Latin for Hail Satan.

The soundtrack for Pet Sematary features two songs by the punk rock band The Ramones. The first, Sheena is a Punk Rocker, is heard during one of the movie's most horrific scenes, and the second, Pet Sematary, was written especially for the movie.

In countless horror films since, no other film has been able to surpass the menace of the original Psycho score. Screeching violins amped up by edgy cellos mirror the horror of the film's famous shower scene.

The soundtrack for Re-Animator, a creepy and campy film, is heavy on the creepy and light on the campy. It features music that is largely a reworking of classic horror scores, amped up in a deliciously diabolical way.

Film composer Hans Zimmer had a prominent hand in the soundtrack for The Ring, rendering it exquisitely creepy through the use of haunting and suspenseful rhythmic strings.

The soundtrack for Rosemary's Baby features what is probably the creepiest lullaby ever written. Composed by Krzysztof Komeda, a Polish composer and jazz pianist, Lullaby from Rosemary's Baby includes a vocal track from the film's star Mia Farrow. 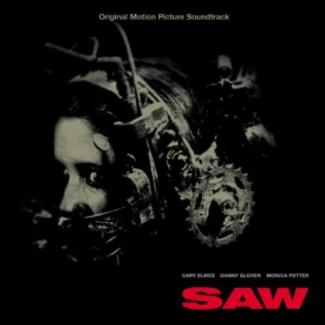 The movie Saw has a soundtrack that mirrors its unique combination of brooding horror and over-the-top camp through the use of angst-filled keyboards and dramatic percussive effects.

Silence of The Lambs

The variety of the Silence of the Lambs soundtrack, composed by Howard Shore and performed by the Munich Symphony Orchestra, captures to perfection the multiple facets of serial killer Hannibal Lecter.

Acclaimed film and television composer Danny Elfman wrote the soundtrack for Sleepy Hollow, which is superbly orchestrated to complement the dark, brooding tone of the film. It won a Golden Satellite Award for Best Original Score.

Music can hardly come more chilling than the soundtrack for Texas Chainsaw Massacre. Composed by Steve Jablonsky, the score makes use of brass instruments to create a sinister sonic landscape for the classic slasher film.

The soundtrack for The Thing is every bit as filled with icy dread as the film itself. Composer Ennio Morricone ratchets up tension with a minimalist combination of synthesizer sounds and well-timed, pounding bass.

Why Listen to Soundtracks from Horror Movies?

Horror movie soundtracks are different from normal movie soundtracks because they are usually comprised of more of the movie's score than they are of actual songs. The score of a movie is the music that is played in the background, and most times this music is instrumental, without lyrics. In some cases a film score might feature background vocals. Some film soundtracks feature songs, but nearly all films include a musical score.

Viewers of a scary movie might not even notice that there is background music playing until they come up on a very suspenseful part of the film or until the music stops abruptly to add to the shock of a certain moment in the movie. Soundtracks from horror films tend to differ from soundtracks of other genres because they have more crescendos and often more bass, creating the appropriate spooky atmosphere.

A horror movie's musical score can ratchet up viewers' tension or relax them in between the film's intense scenes. Such scores are highly atmospheric, whether in the context of a film or while playing in your home. While there might not be many occasions in life for horror movie soundtracks, they can strike just the right tone for social gatherings that would benefit from a creepy, eerie ambiance.