Halloween theme music can include a wide variety of genres, from children's songs to movie themes to rock and roll tunes. Halloween music can add life to a party, or become part of your trick-or-treat home ambiance on Halloween night.

There are lots of instantly recognizable songs that you could use as Halloween theme music for children. They are upbeat and fit the occasion without being too creepy or scary.

While the video for Michael Jackson's Thriller might be a little scary for very young kids, the song itself is a classic tune with lyrics that are perfect for Halloween. 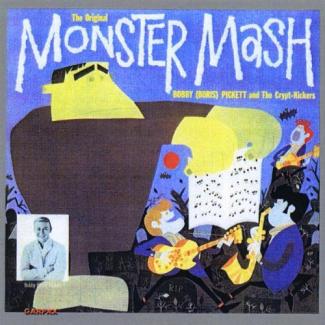 Monster Mash has been covered by dozens of artists, but it's the version by Bobby Pickett that seems to resonate with most people. This is a fun tune that kids enjoy singing along with.

Soundtrack for A Nightmare Before Christmas

Most kids have seen this movie, so the Nightmare Before Christmas soundtrack will be familiar to them. The songs will perfectly set the mood for a kids' Halloween gathering.

The Time Warp from The Rocky Horror Picture Show

While The Rocky Horror Picture Show is a cult favorite with adults, children will love The Time Warp, especially as sung by the cast of Glee.

Ghostbusters isn't scary at all, and the song is appropriate for any age group with its foot-tapping beat and sing-along chorus.

Witch Doctor by Alvin and the Chipmunks

This song has made the rounds throughout the years on television and in commercials, but it's the version of Witch Doctor by Alvin and the Chipmunks that will most delight children.

You can't go wrong at a children's Halloween party when you play the theme song from The Addams Family, America's first family of strange.

Purple People Eater is a Halloween staple for kids. This goofy song is a great deal of fun and practically irresistible as a sing-along.

Music for teens and grownups can be a lot spookier and a lot more diverse. You might consider putting together a mix of these songs to play on Halloween night. 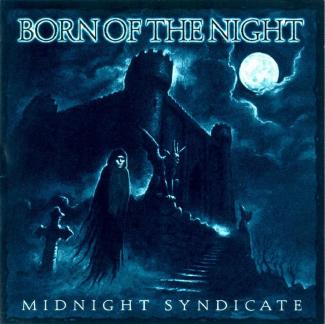 Born of the Night by Midnight Syndicate

Born of the Night by Midnight Syndicate

Midnight Syndicate is a goth band that creates atmospheric music. Army of the Dead and Darkness Descends are also great choices by this band.

Sympathy for the Devil by The Rolling Stones

Sympathy for the Devil, the classic bad boy tune, epitomizes the Rolling Stones during their heyday and lends a dark and delicious touch to any gathering.

Werewolves of London by Warren Zevon

This song isn't really creepy, but the werewolf theme fits the occasion and most people know Werewolves of London, so it's a nice addition to your soundtrack.

Number of the Beast by Iron Maiden

Number of the Beast, one of Iron Maiden's most popular songs, will rock the house and shiver more than a few spines.

House of 1000 Corpses by Rob Zombie

Rob Zombie knows a thing or two about powerful music, and House of 1000 Corpses is one of his classics. With its growling refrain and relentless beat, this creepy song will let guests know where the party is happening.

This Corrosion by Sisters of Mercy

This Corrosion is an extended song, featuring nearly eleven minutes of gothic angst overlaid by a spooky sounding choir.

Nobody does heavy metal better than Black Sabbath, and Sign of the Southern Cross is a masterpiece of the macabre.

If you really want to amp things up, here are some movie soundtracks that are sensationally spooky for Halloween theme music.

The next best thing to seeing this cult hit movie is listening to the soundtrack. All of the characters are straight out of a Halloween nightmare, and the music from The Rocky Horror Picture Show is both creepy and fun.

The soundtrack to the original Halloween movie was written by John Carpenter, who is a movie music expert. Here, he's crafted a soundtrack that tells a horror story and makes essential background music for any Halloween affair.

The music from Eraserhead was written by David Lynch. This soundtrack is more a collection of funky electronic sounds than true songs, but it's a great conversation piece and perfectly appropriate for Halloween.

Tubular Bells was used as the theme song to the movie The Exorcist, so you know it's going to be creepy! 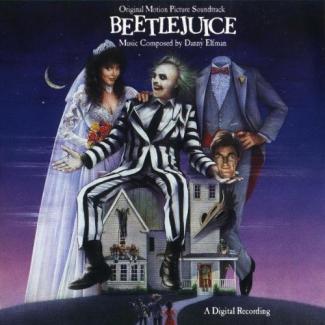 Written entirely by Wojciech Kilar, the renowned Polish film and classical music composer, the soundtrack for Bram Stoker's Dracula is filled from beginning to end with dark and moody orchestral strains.

If sinister and sumptuous symphonic arrangements are your thing, you're sure to love the theme song from Exorcist II, which was written by Ennio Morricone, the iconic Italian film composer.

Some of the edgiest music you can play for Halloween comes from the classical genre, with pieces that offer everything from angst-filled orchestral sweeps to creepy chromatic scales.

Toccata and Fugue in D Minor by J.S. Bach

One of the most well-known pieces of Baroque organ music, Toccata and Fugue in D Minor has become fused in the popular imagination with spooky and sinister scenes.

Mozart's Requiem in D Minor is sure to send shivers up the spines of your Halloween guests, especially the section known as Confutatis Maledictis, a piece of music whose name means "The Accursed Silence."

Hungarian Dance No. 5 in G Minor by Johannes Brahms

It's hard to listen to Hungarian Dance No. 5 at a Halloween gathering without imagining ghouls dancing by the light of the moon.

Walt Disney brought Night on Bald Mountain to public attention in the movie Fantasia, and ever since then this orchestral work has remained a quintessential Halloween favorite.

Isle of the Dead by Sergei Rachmaninoff

They don't come much spookier than Isle of the Dead, in which Rachmaninoff musically depicts the mythological rowing of Charon across the river Styx.

Creepy minor-chord dissonance characterizes this oh-so-strange work, the Robert Browning Overture, and it is sure to lend an unsettled vibe to any Halloween gathering.

The name of this piece literally means "Dance With Death," so you can be sure this spooky orchestral piece is plenty spine-tingling.

From Stravinsky's ballet Firebird Suite, Infernal Dance is a richly-layered work that can't help but raise goose bumps on the skin of its listeners.

Plenty of oldies tunes will fit the bill for a Halloween gathering, and an oldies Halloween party can be a great deal of fun.

I Put a Spell On You by Screamin' Jay Hawkins

The throaty, bluesy voice of Screamin' Jay Hawkins as he croons I Put a Spell on You will add just the right mood to any oldies Halloween gathering.

Let Bo introduce you and your party guests to the monster. Bo Meets the Monster is a gritty blues tune with a theme that's fitting for a spooky evening.

That Old Black Magic by Glenn Miller and His Orchestra

Glenn Miller weaves a wonderfully smooth and somehow spooky spell in this perennial favorite. That Old Black Magic is a true oldie, released by Miller in 1942.

Ghost Riders in the Sky by Vaughn Monroe

Ever heard a song about ghostly cowboys? Vaughn Monroe's Ghost Riders hearkens back to the Old West and will doubtlessly become a hit on your Halloween playlist. 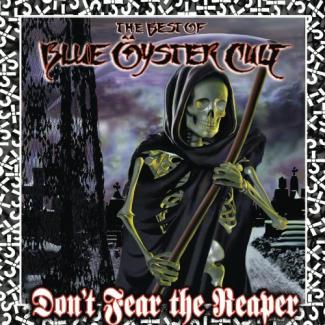 Frank Sinatra had one of the smoothest voices ever recorded, and his song Witchcraft is the perfect addition to any Halloween playlist, even if you're not focused solely on oldies.

Country isn't the first genre people tend to think of when putting together a Halloween playlist, but Devil Woman, a folksy and freaky tune, somehow seems to fit.

Love Potion #9 by The Searchers

Originally written by the Clovers, Love Potion #9 as performed by The Searchers mixes a spooky vibe with fifties bee-bop.

With creepy lyrics married to a smooth, sultry beat, Don't Fear the Reaper casts one heck of a spell.

Ratchet up the fun factor at your Halloween party by playing dance tunes with a funky, freaky beat.

No Halloween playlist would be complete without Rock Lobster. It's hard to imagine a stranger, yet more danceable song, and Halloween is all about strange.

Pet Sematary by The Ramones

It's extremely difficult to listen to Pet Sematary without either singing along or tapping one's foot, and your guests will soon be up and dancing to this catchy tune.

I'm Your Boogie Man by KC and the Sunshine Band

I'm Your Boogie Man will introduce to your Halloween guests the fun - and overall hilarity - of disco dancing.

She Wolf by Shakira

With its spooky vocals and minor key, She Wolf will entice everyone at your party with its eerie dance rhythms.

Every Day is Halloween by Ministry

Put Every Day is Halloween on your Halloween party playlist and your guests will want to dance until daybreak. Ministry combines a great beat with gruff vocals for a haunting yet upbeat tune.

Ratchet Up the Fun of Halloween

Whether you like rock and roll, oldies, classical, or a little bit from many genres, Halloween theme music is a great deal of fun to pick out. A playlist filled with music and Halloween sound effects can be just the thing for a party, or even if you're simply getting in the mood to greet ghosts and goblins trick-or-treating at your door. Great music makes the fun of Halloween even more enjoyable.