Folk music emerged out of the tradition of storytelling. In its earliest form, folk was a way for communities to preserve their histories and legends. The emergence of radio and the rise of country music, whose artists often borrowed traditional folk songs, moved folk music out of local communities and onto a wider stage.

Though he did most of his own work in the 1930s and '40s, Woody Guthrie, best known as the writer of This Land Is Your Land, can be considered the father of the folk music revolution that took place in the 1960s in the U.S.A. Guthrie's protégé was Ramblin' Jack Elliot, a folk musician based in New York City. Ramblin' Jack was an inspiration to many musicians living in Greenwich Village in the 1960s who would go on to have an important place in music history. Three of these important artists were Phil Ochs, best known for I Ain't Marching Anymore, Joan Baez, one of the first women to gain prominence in folk music, and perhaps most notably, Bob Dylan. 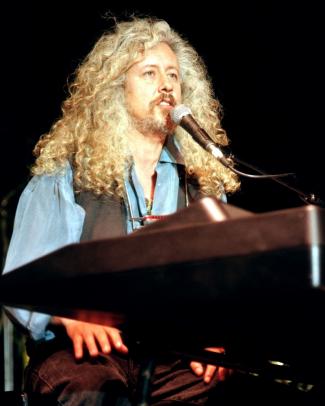 Two factors influenced the rise in popularity of folk music in the '60s. First, record labels began tapping into the music scene in Greenwich Village and dedicated folk music labels sprang up. Vanguard Records was a pioneer in this field. Second, the cultural landscape of 1960s America made these folk singers and their protest songs the natural mouthpieces for a generation fighting for civil rights and against increasing involvement in the Vietnam War. Peter Paul and Mary, Buffy Sainte-Marie, and Arlo Guthrie, Woody Guthrie's son, were politically active, using their music to familiarize people with issues of social justice and their popularity to rally people behind their causes.

The folk genre in the early 1960s generally followed the singer-songwriter format, which was one person and his or her acoustic guitar. The British invasion changed all that. Once they were exposed to music from The Beatles, The Rolling Stones, and other British acts, folk musicians in America began experimenting with different instruments. This experimentation gave rise to the folk rock genre, popularized by bands such as The Mamas and The Papas, Simon and Garfunkel, and The Lovin' Spoonful, all of whom came from the same Greenwich Village folk scene as Dylan, Ochs, and Baez. Not everyone was happy to see folk musicians moving away from the stripped-down format. Bob Dylan famously plugged in an electric guitar during his performance at the 1965 Newport Folk Festival to booing and cries of "Judas" from the audience.

The 1970s saw a return in popularity of the singer-songwriter and a continuation of folk music's legacy of working for social justice. 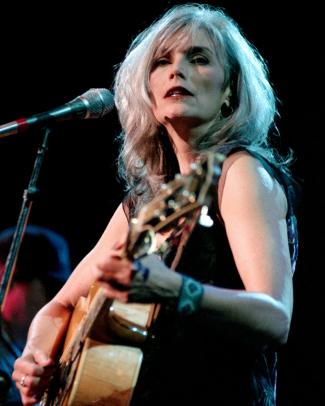 Artists like Nanci Griffith, Emmylou Harris, Joni Mitchell, Janis Ian, and Carole King all rose to fame performing stripped-down acoustic music, while artists like John Denver straddled the folk and country divide. Individual members of disbanded folk groups from the 1960s like Mary Traver of Peter Paul and Mary, and Paul Simon of Simon and Garfunkel released commercially successful solo albums. Coffeehouses became the local venue of choice for aspiring singer-songwriters of the 1970s, a tradition that has since become ingrained in American culture. 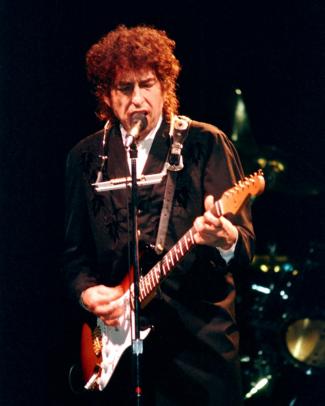 The folk genre branched in many different directions in the 1980s. Bob Dylan and Joan Baez still recorded and toured while other folk groups had periods of reunion and solo projects, but new schools of folk musicians also emerged.

First were the folk punk artists. These were musicians who embraced the activism and meaningful songwriting of Dylan and the folk movement of the 1960s but also learned lessons from the late 1970s punk explosion with their do-it-yourself attitude and angry lyrics. The Knitters and Jason and the Scorchers are early examples of this sound, which would later go on to fall under the catch-all "alt-country" banner. The Pogues are another band that helped popularize the folk punk sound, doing so to great success.

The alternative country - or alt-country - movement prides itself on music that differs significantly from mainstream country music, and plenty of folk musicians can also be found among its ranks. Some of the best known folk musicians in the alt-country school are Steve Earle, Patty Griffin, Miranda Stone, and Dave Alvin.

Greenwich Village, where popular American folk songs emerged in the 1960s, was the birthplace of a 1990s and beyond reaction to folk: the antifolk movement. The antifolk musicians widen the definition of folk to include many types of fiercely independent, do-it-yourself music. Beck and later The Moldy Peaches got their start in the antifolk scene. Other antifolk musicians include Ani DiFranco and Billy Bragg.

To learn more about popular folk artists and to sample some of their music, visit the following official artist websites.

Folk Music Now and In the Future

Folk music in America today can refer to a singer-songwriter and an acoustic guitar, a folk rock group, an angry folk punk singer, or an antifolker creating something different altogether. The idea of music as a force for positive change in the world remains a powerful theme across the folk genre, and this will undoubtedly remain the case for years to come.