Disney theme songs have created some of the most celebrated and memorable moments in the history of musical cinema. When Mickey Mouse's Steamboat Willie broke the sound barrier in 1928, no one could have imagined the colorful musical history that Disney films would create over the next century. Download your favorite Disney tunes so you can relive the magic of these great films.

Although there are no legal ways to download free tracks of songs from Disney movies, Disney has made the following songs readily available on paid download sites. These songs are classics from some of Disney's earliest offerings.

It only took a handful of songs like these to establish Disney firmly in post-WWII popular culture. These legendary melodies built a solid foundation for the gold rush of Disney hit songs that would come later.

The late 1980s and 1990s period of Disney's history could also be referred to as the Alan Menken years. Menken's songwriting produced a remarkably successful string of commercial and critical hits during this new golden era for the company. Lyricists who collaborated with Menken through this period included Stephen Schwartz, Tim Rice, and the late Howard Ashman. Pop superstars like Elton John also contributed to Disney's success in this era.

The wildly successful run of Disney films above ensured that every modern household in the world had been filled with a Disney melody by the end of millennium. 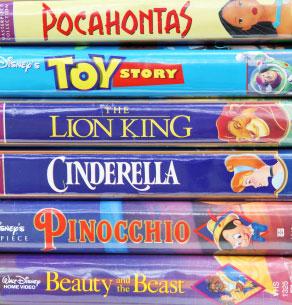 If you prefer to simply click play on a streaming radio station and have a pre-programmed playlist with a variety of classic Disney songs, these stations have just what you need:

The Magic of Disney Theme Songs

Disney music has provided warm memories and quality entertainment for millions of families around the world. From the classics of the early years like Pinocchio and Fantasia to the magical Alan Menken run of hits in the 1990s, Disney has consistently managed to create magic with its music.