Country music is a catch-all designation that has evolved over the years to refer to a wide variety of subgenres. The link between all the types of country music lies in the sound and instrumentation: banjo, mandolin, pedal steel guitar, fiddle, and acoustic guitar come together to produce the distinct "twang" associated with country. Lyrically, the genre often deals with loneliness, poverty, alcoholism, and love lost, earning it the nickname "white man's blues." Modern popular country music blurs the musical line between country and pop/rock to the disdain of purists, but the lyrics often remain true to country roots.

The Early Years of Country Music

The American South was the birthplace of country music. Early songs were colored by the difficulties of life in the post-Civil War South, widespread poverty, strong religious traditions, and later, the effects of the Great Depression.

The Roots of Country Music

The first country musicians took their songs from the stories of the Appalachian Mountains. They were equally influenced by what would later come to be called bluegrass music, the Gaelic music popularized by Scottish and Irish immigrants, many of whom fought in the Civil War and shared their musical traditions with their fellow soldiers. Another major influence was the blues music that was emerging nearly simultaneously in the African-American community, taken from African ballads and old slave spirituals.

In the 1920s, technological advances in the field of recording, the popularity of radio, and the brand new ability to transmit nationwide broadcasts contributed to the growth of country music. The first nationwide country music hit was Vernon Dalhart's The Wreck of Old '97, released in 1924, though Dalhart's song is actually a cover of Henry Whitter's 1923 version which had enjoyed regional popularity. Country music also became known as hillbilly music.

The Founders of Country Music

Dalhart may have had the first hit, but the founders of country music are considered to be Jimmie Rodgers and The Carter Family.

The Golden Age of Country

Country music ruled the airwaves in the 1940s, 1950s, and 1960s, the decades in which many of the genre's biggest stars, such as Bill Monroe, Hank Williams, Sr., and Johnny Cash, were recording. The music began to split into several subgenres: the hillbilly sound, the ballads, the Bakersfield sound, and most notably, rockabilly, which helped give birth to rock and roll.

In the 1970s there was a backlash among some country musicians against what they considered to be the increasingly polished and formulaic music being produced in Nashville. They wanted to return country music to its roots in the honky-tonks, and they combined an idolization of country music pioneers like Jimmie Rodgers and Hank Williams, Sr. with an appreciation of rock music in the 1960s.

Hank Williams, Jr. was one of the leaders of this movement, along with Waylon Jennings, Merle Haggard, Steve Young, and Willie Nelson. The Outlaw artists also frequently worked with artists from the burgeoning country rock and renewed folk genres, such as The Flying Burrito Brothers and Emmylou Harris.

The 1980s: Overlap of Country and Rock

In the 1980s, more and more country artists found themselves with hit songs on the pop charts, and this marked the fruition of a trend that is still firmly in place today: The country and rock crossover phenomenon. Country music found overlaps with popular rock, Southern rock, and even soft pop and adult contemporary. Songs by Willie Nelson, Dolly Parton, Kenny Rogers, and the Eagles were all chart-toppers on the Billboard Hot 100 throughout the 1970s and 1980s. Alabama, a tremendously successful country and rock crossover band, was named Artist of the Decade by the Academy of Country Music. 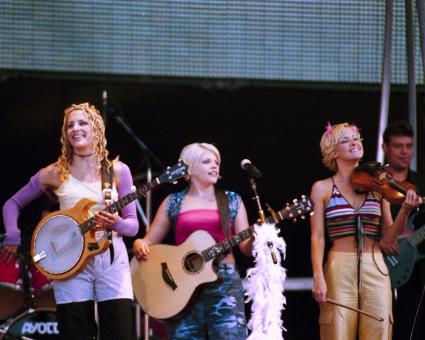 The country and rock crossover trend continued throughout the 1990s. With the expansion of FM radio, country music moved from AM to FM and was increasingly honed into the more popular crossover style in order to please larger audiences. Garth Brooks and Billy Ray Cyrus enjoyed spectacular success with their music, bringing country music to the attention of fans all over the world. Other prominent country and crossover artists of the 1990s were the Dixie Chicks, LeAnn Rimes, and Mary Chapin Carpenter. 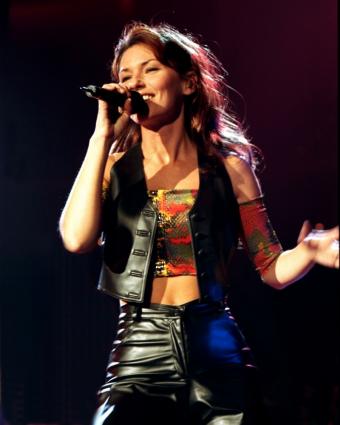 Country that overlaps with pop and rock music has continued to rule the day, with the prominence on the country scene of artists like Lady Antebellum, Carrie Underwood, and Taylor Swift. Country crossover has also gone in a harder rocking direction, thanks to the popularity of such artists as Eric Church, Brantley Gilbert, and Aaron Lewis, the latter formerly of the rock group Staind.

Traditional country music has increasingly been confined to a niche audience. Faith Hill and Shania Twain have had crossover success on the pop charts, but purists argue that their music bears no resemblance to the true roots of country. In order to keep sales up, many major record labels are turning away from releasing country music except for the crossover variety, and they do not mass market traditional country music.

As a result, the battle started by the Outlaw Country stars between the country traditionalists and the Nashville "hit machine" rages on. In reaction to the trend towards country that crosses over into pop, an "alt-country" movement has developed, encompassing country artists recording for independent labels, country and folk influenced singer-songwriters, and country rock. Important names in this subgenre are Steve Earle, Robbie Fulks, BR-549, and Bloodshot Records.

Every year since 1967, the Country Music Association has presented the CMA Awards, which honor artists in such categories as New Artist, Male Vocalist, Female Vocalist, Vocal Group, Musician, Entertainer, and Song of the Year. Prominent winners over the years include:

ACM Awards are given for Entertainer, Female Vocalist, Male Vocalist, and Artist of the Decade. They have been presented by the Academy of Country Music every year since 1966. Some of the awards given throughout the years include:

If you're looking for great downloads of country music of all kinds, you have numerous options on the internet, including paid downloads as well as free country music downloads. Here are a few excellent sources for downloading country music. 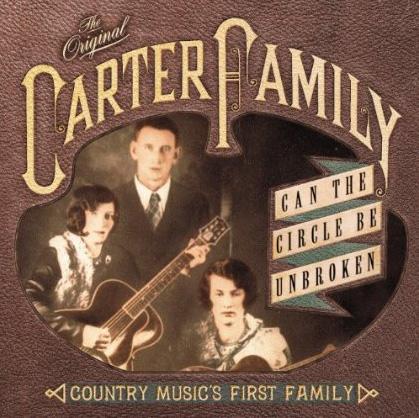 The Carter Family from Amazon.com

From Amazon's MP3 store, you can enter the name of your favorite country artist, album, or song, or browse their extensive country music section.

iTunes offers a world of music downloads at your fingertips. Search for your favorite country artist, album, or song, or take a look through their section for the country music genre, which you can narrow down to subgenres like alternative country and traditional country.

MP3.com is one of the first arrivals on the digital music scene and has been going strong since 1997. You will find a number of free downloads of country music, and you might even discover a new favorite country artist.

If you would like to peruse what independent artists have to offer, you will find a number of free downloads from the country music section of the Free Music Archive.

With its multiple subgenres, diversity, and colorful history, country music is quite an extensive topic with a long and varied list of talented artists. Explore all that country has to offer by sampling a variety of songs from different eras.