Who are the best classic rock bands of all time? You will never get music fans to agree on the answer to that question, but there are some undeniable heavyweights in the genre who remain in constant rotation on every classic rock radio station around.

What Is Classic Rock?

Defining "classic rock" can be difficult, as even experts disagree on the definition and which groups and artists should belong in the genre. Generally speaking, classic rock is format of music that was made for radio. This sound can span from the late 1960s to the late 1980s, but can also include current music released by bands what were popular during that time period. It primarily focuses on the guitar-laden rock sound which peaked in popularity during the 1970s.

There are hundreds of bands who fall under the classic rock banner, and hardcore fans of the classics tend to favor the more obscure ones. However, there are some rock bands that are considered to be genre giants.

The Beatles might just be the best known rock band of all time, but their inclusion in a classic rock list is not without controversy. For most classic rock fans, only part of The Beatles catalog qualifies - and to some fans, they aren't classic rock at all. However, while The Beatles' earlier, pure pop work might not make it into the annals of classic rock, their later work, roughly from Revolver onward, makes frequent appearances on classic rock radio.

If there is a quintessential classic rock band, it is Led Zeppelin. Their Stairway to Heaven might be the most famous song of the genre, and even clocking in at over 10 minutes, the song still gets played in its entirety on classic rock stations. The entire Zeppelin catalog is a prerequisite for anyone interested in the genre. Zeppelin played with blues, folk and metal over the course of their career, and they were hugely influential on their contemporaries - and as such, the shape of the entire genre. 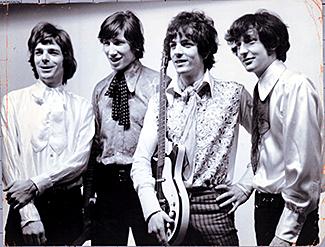 Like The Beatles, the early part of Pink Floyd's career isn't embraced by many classic rock fans (though it is considered their best work by some fans of other genres). However, later Pink Floyd albums, especially The Wall and Dark Side of The Moon are bona fide classic rock classics.

The Doors are one of the few stars of the genre whose career was entirely based in the 1960s. Despite the fact that they predated the peak of the classic rock period and that their catalog is somewhat limited given Jim Morrison's early demise, they are giants in the genre. From the bluesy L.A. Woman and Roadhouse Blues to the psychedelic turns of The End, The Doors are required classic rock listening.

Southern rock had a tremendous impact on classic rock, especially in the later 1970s with bands like The Allman Brothers, The Doobie Brothers and Skynyrd. Skynyrd was - and is - controversial for some of their imagery and politics, but Freebird and Sweet Home Alabama are landmark classic rock songs.

Hailing from San Francisco, Jefferson Airplane is considered to be a pioneer of the psychedelic rock movement. The band had two Top 10 songs in the United States, along with a list of Top 20s. They also saw international success, especially with their 1967 recording of Surrealistic Pillow which is thought to be one of the most important recordings from the summer of 1967, dubbed the "Summer of Love."

The legendary Rolling Stones are an English rock band formed in London in 1962 with Brian Jones, Ian Stewart , Mick Jagger, Keith Richards, Bill Wyman and Charlie Watts. The Rock and Roll Hall of Fame in Cleveland inducted the Rolling Stones in 1989. They called the group the "World's Greatest Rock and Roll Band." Rolling Stone magazine ranked the band number 4 on their 100 Greatest Artists of All Time list. The Stones have some of the most instantly recognizable classic rock hits, including (I Can't Get No) Satisfaction and Sympathy for the Devil.

The Who was inducted into the Rock and Roll Hall of Fame in 1990, which marked the first year they were eligible for the honor. In 1979, Time magazine featured the band on their December 17th cover and wrote: "No other group has ever pushed rock so far, or asked so much from it." The popularity of the band and their influence on such legends as Led Zeppelin and The Clash has made them one of the most influential bands of all time.

When Boston released their first album in 1976, it was clear that music fans loved them. At the time it was the highest grossing debut album in history according to Music Entertainment. Tom Scholz and Brad Delp wrote all of the songs released on this first self titled album. They also performed most of the tracks and Scholz engineered and produced the majority of the album in his basement studio. They saw continued success with songs such as More Than a Feeling, Peace of Mind, and Don't Look Back. 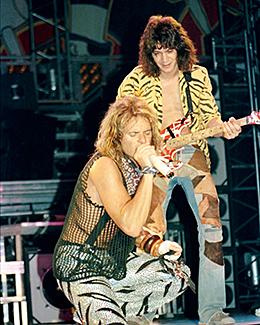 Van Halen is considered by many to be one of the most cutting edge and influential rock bands of the late 1970s and early 80s. The band debuted in 1978 featuring guitarist Eddie Van Halen, with his brother Alex on drums, lead vocalist David Lee Roth, and bassist Michael Anthony. Today the band is still together but features Eddie's son, Wolfgang, on bass.

Journey debuted in 1973 with a jazz-flavored sound that has been loved by fans ever since. The group, originally formed by former members of the groups Santana and Frumious Bandersnatch have had 19 Top 40 singles in the US including their very popular single Don't Stop Believin' from 1981.

The Police formed in England in the late 1970s, but has found its way into international rock history. According to the band's official web site their album Synchronicity topped music charts in both the United Kingdom and in the United States. It sold over 8 million copies. The band found huge success with a number of singles including Every Breath you Take and Don't Stand So Close to Me.

Genesis, the English band formed in 1967, has seen album sales of 150 million worldwide. They have been a substantial factor in keeping classic and progressive rock in the mainstream music scene and are among the top 30 best-selling recording artists of all time. Current front man Phil Collins joined the group as a drummer in 1971, replacing Peter Gabriel in 1975 as lead singer for the band.

When Aerosmith formed in 1971, many thought they were merely Rolling Stones imitators. The group went on to establish itself as one of the best-selling American rock bands in history. The band has seen an increase in sales of 250% since front man Steven Tyler became a judge on the wildly popular show American Idol.

ZZ Top, known as much for their iconic image of long beards and sunglasses as they are for their music, is an American rock band that formed in Houston, Texas in 1969. The band successfully blends rock with blues and country. VH1 has ranked ZZ Top as number 44 on its list of the "100 Greatest Artists of Hard Rock.

Classic rock music is popular with a wide range of audiences. Whether you grew up listening to these bands or are gaining a new appreciation for them through classic rock radio, there are enough different styles and sounds to appeal to a wide audience of all ages and backgrounds. Many of the top classic rock bands are still together, touring and putting out new music.