American Idol is the North American singing competition that has inspired numerous others since its inception in 2002. Though Idol is based on a British program called Pop Idol, the show has become iconic in its own right for its talented contestants and quirky judges. While ratings have been up and down over the years the show remains a favorite for viewers.

Anyone who watches American Idol knows its host, but few people know there was once a co-host as well. 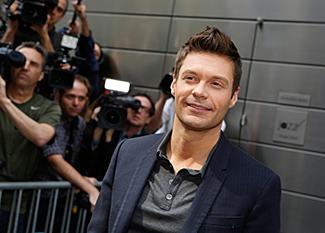 Brian Dunkleman, an actor and stand-up comedian, co-hosted the first season. In a move that in hindsight may not have been the best career decision, Dunkleman opted to leave the show after season one and pursue other opportunities. He has since said that he regrets leaving, and explained that the didn't enjoy the pressure being put on the contestants.

Ryan Seacrest is one of only two personalities who have been with Idol since its first season in 2002. He has hosted the show solo since Dunkleman's departure at the end of the first season. Since then Seacrest's popularity has soared, and he is currently the best-paid reality TV host. His career has really taken off and he is well-known as the radio host for American Top 40 and On Air with Ryan Seacrest, and the television host of the annual Dick Clark's New Year's Rockin' Eve on ABC. He has produced the E! network's E News and red-carpet awards coverage since 2006, and hosted many of these programs as well.

The judges on the show make up a three-person panel that decides who moves on and who goes home, at least in the early stages of the competition. Even later, when the fate of contestants is left to the viewing audience, the judges offer feedback after every performance. 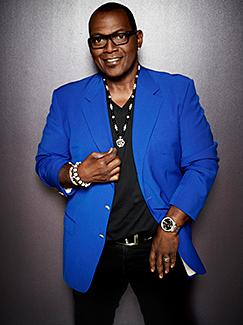 The judging panel of Simon Cowell, Paula Abdul, and Randy Jackson is the original trio that kicked off the first season and lasted through eight seasons together. Cowell, who is successful in both reality television and music production, became known as the "tough" judge who wasn't afraid to criticize contestants and speak his mind. He was constantly under fire for being too harsh.

Paula Abdul is a dancer, choreographer, and singer who had some chart success in the late 1980s and early 90s. On American Idol she was a bit of a softie, always encouraging the contestants even in the early stages of the season, when many of them weren't very talented. In later seasons Abdul often appeared to be under the influence of alcohol or medication, acting strangely and causing fans to wonder about her health.

Randy Jackson has been part of the program since it began. He's a talented bass guitarist who has worked with the likes of Carlos Santana, Journey, Keith Richards, and Fergie, both as a musician and producer. As a judge he is honest and fair, quick to point out what he likes while offering constructive criticism.

Singer-songwriter, producer, composer, and reality TV personality Kara DioGuardi joined Cowell, Abdul, and Jackson on the judging panel during season eight in 2009. For the first time there were four judges on the show, which mimicked the format of Pop Idol in Britain. DioGuardi became an important part of the panel, giving contestants real, actionable advice. 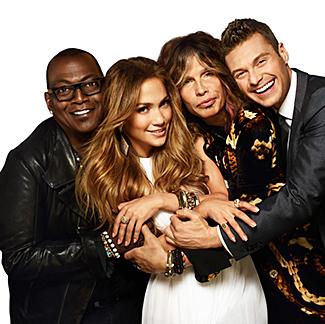 Season nine saw the departure of Paula Abdul, and she was replaced by comedian and talk show host Ellen DeGeneres. The panel for that season consisted of Cowell, Jackson, DioGuardi, and DeGeneres. Ellen DeGeneres is well known for her kindness and generosity, qualities that make her a terrific talk show host and entertainer. Sadly they didn't work as well in a format like American Idol. DeGeneres was panned for being too nice to the contestants, and left after one season, in part because it was too hard for her to "hurt their feelings."

In 2011, when Idol was celebrating its tenth season, the judging panel had an overhaul. Simon Cowell, Kara DioGuardi, and Ellen DeGeneres all announced that they were leaving the show. Fortunately, two big names in the music industry would step in to take seats at the judges' table.

Steven Tyler, frontman for the rock band Aerosmith, and pop music superstar Jennifer Lopez were announced as the new judges, joining Randy Jackson on the panel. Tyler became known for his crazy antics, while J-Lo seemed genuinely nurturing and kind to the contestants. 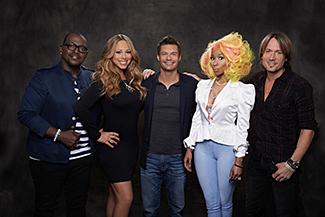 Another shakeup of the Idol judges came after season eleven, when both Tyler and Lopez decided to leave the show. Season twelve has a star-studded panel of judges. Award winning pop superstar Mariah Carey, hip hop and rap star Nicki Minaj, and country crooner Keith Urban have all signed on as judges and join Randy Jackson on the panel.

While the show's cast of personalities is always a huge draw for fans, American Idol is focused on its singers and discovering the next big recording artist. Idol has produced several stars throughout the years, though some winners have faded from the spotlight. Here are the contestants who have won the show's title, along with the prizes of record deals and management contracts. 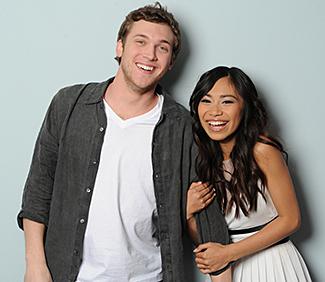 American Idol started off with a fairly strong viewership and ratings grew for the first few seasons. Reality television fans are notoriously fickle, however, and the show's ratings have been declining since 2006. With the shakeup of judges and the enduring success of many contestants, it's safe to say that the program will be around for several seasons to come.

One of the reasons that American Idol has endured through the years is because it has built a large and devoted fan base. Many viewers can remember when Kelly Clarkson won the first season, or when the three divas battled it out in the final weeks of season three. As the seasons progress, new singers are introduced to the public and singing careers are launched for those who catch the attention of fans and judges alike.